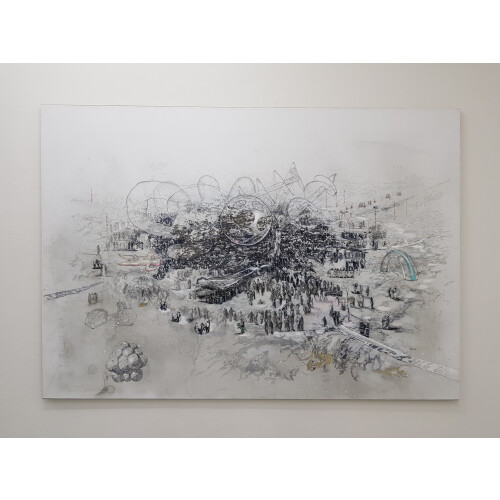 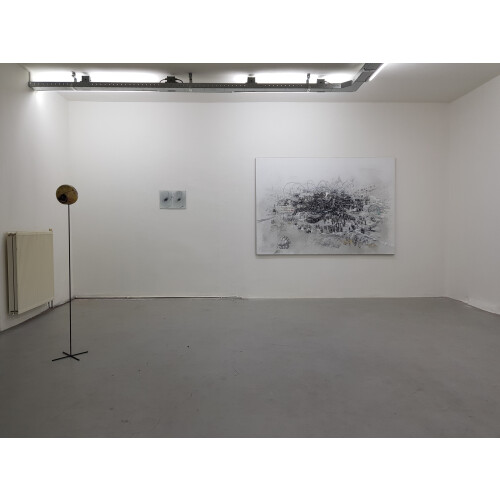 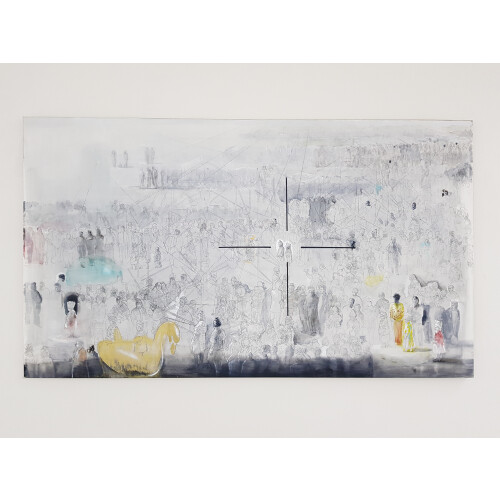 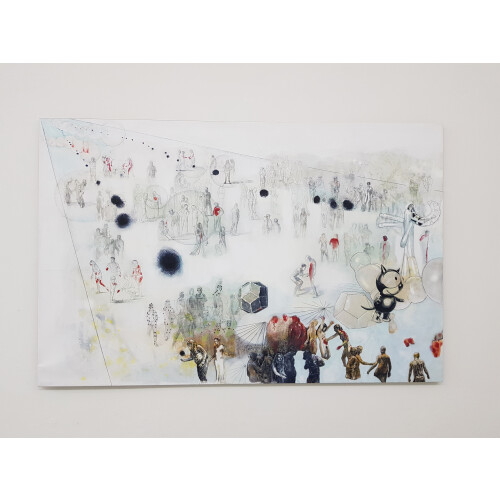 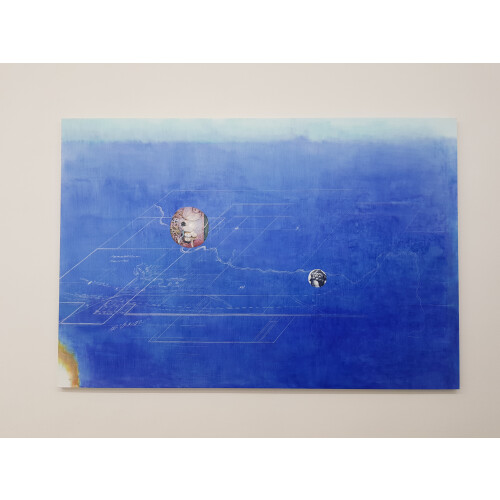 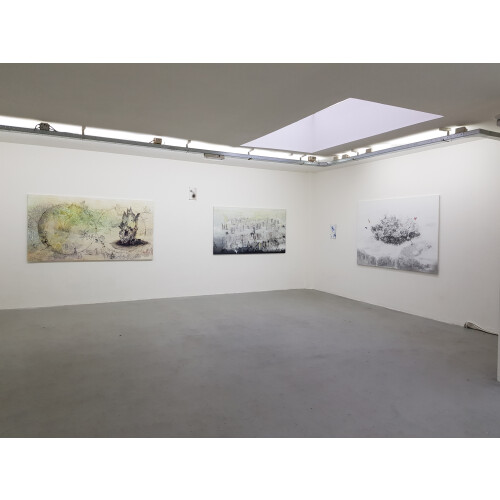 The work "White Suburbia" oil on canvas, 139 x 190 cm, was part of the 2012 exhibition Into the Labyrinth in Garage Rotterdam, curated by Hans van der Ham. This work was the starting point for a series of seven works on this size. She is currently putting the finishing touch to the final work of this series of seven. Frank Taal gallery has received permission from two private collectors to show their purchased works from this series as a whole in a blue cloud entering the frame.

In her solo exhibition a blue cloud entering the frame, all seven works will be shown together for the first time.

In this exhibition you can also see her video work "Total Recall of Mundane Conversations"; a film in the program No Narratives, New York (USA) Anthology Film Archives, that was shown this year 2019 at the prestigious Printed Matter, Inc. A film program curated by Wilfried Huet from acclaimed artists magazine Gagarin.

Her video work "Total Recall of Mundane Conversations" is based on actual events: a float disappears, according to tradition, in a smokescreen during Carnival. Spectacular, but the real appeal of the video is in the crowd around the car that pulsates and moves as if it does follow no specified laws of nature.

As if it moves like one body. The filmed event shows the underlying fabric of group dynamics, with the camera in the role of the surprised outsider.

In her paintings Marilou van Lierop shows an elusive, surprising, slightly surreal world. Recognizable and at the same time unfathomable. While painting she explores social and existential phenomena. She paints the chaos and the helpless man's ways to get a grip on it. Our eyes glide back and forth across the mass scenes and find no peace anywhere. Van Lierop does not guide our gaze. She's not forcing. There is no center, no focus, only calm chaos. In some works, however, she applies white lines as connecting signs between people or between an isolated individual and a crowd. This is how she introduces an order.

"But that is a human projection," she says about it. “We want to organize. And then we think that order is the reality. We create things that transcend us - mass, science, religion - and are then afraid of it.” And so, she paints images on images on images. Van Lierop's work is about the arbitrary in which people behave and oppose each other - as a mass and as a group - and about our inability to get order in chaos. There is subterranean threat and open horror.

Welcome to the strange universe of Marilou van Lierop.

- Extracted from texts by Eric Rinckhout and Monique Tolk -