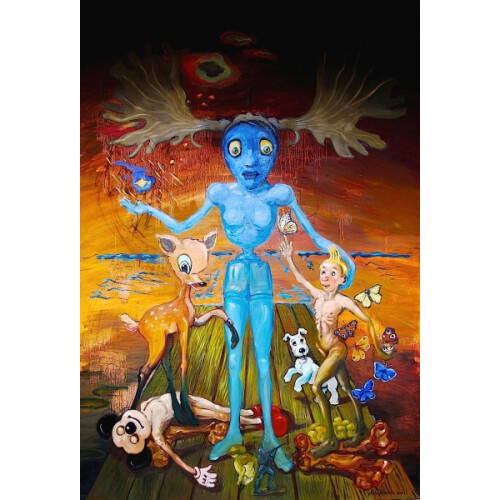 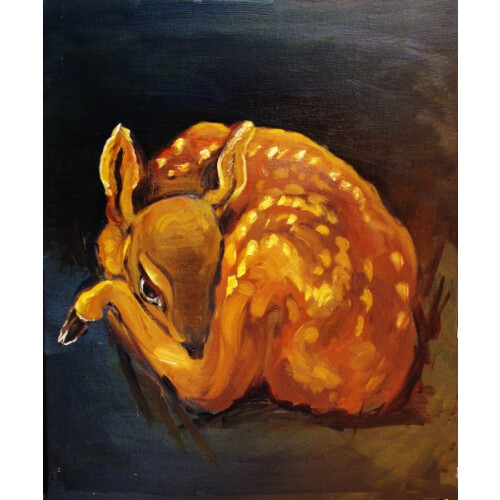 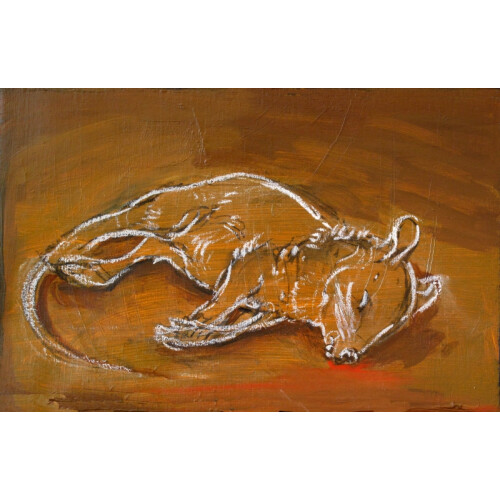 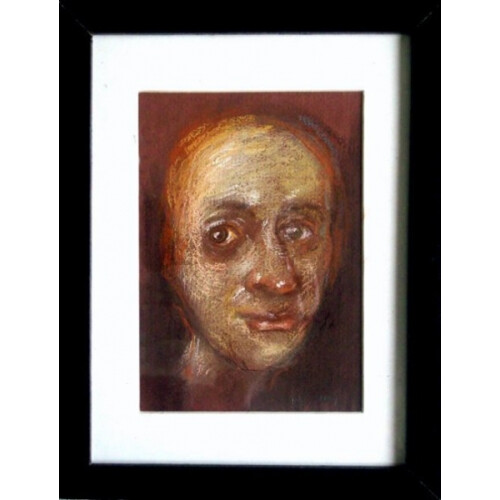 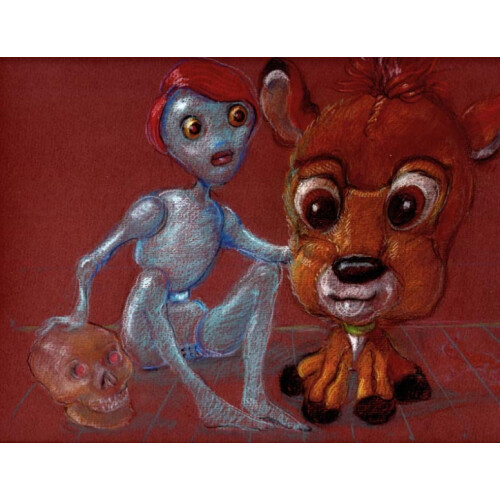 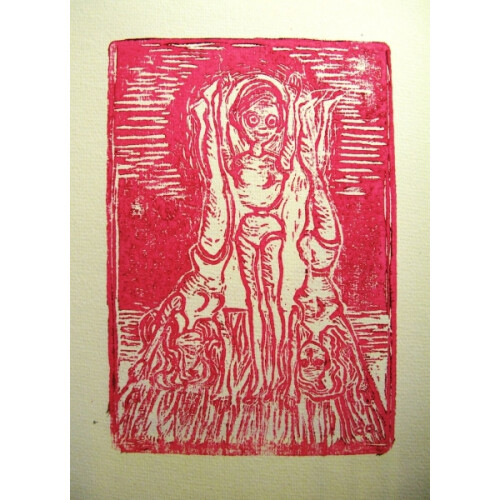 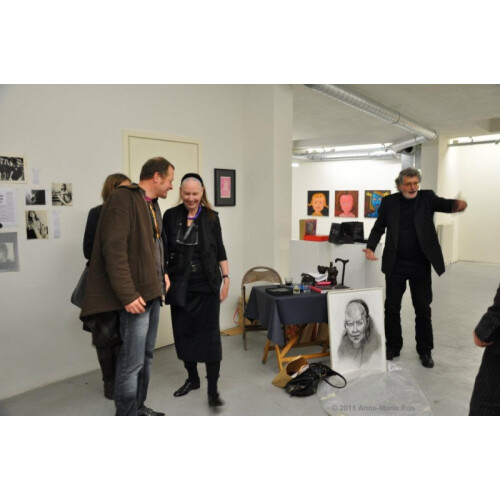 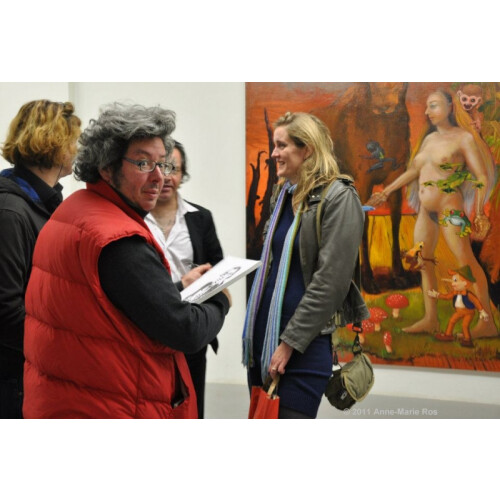 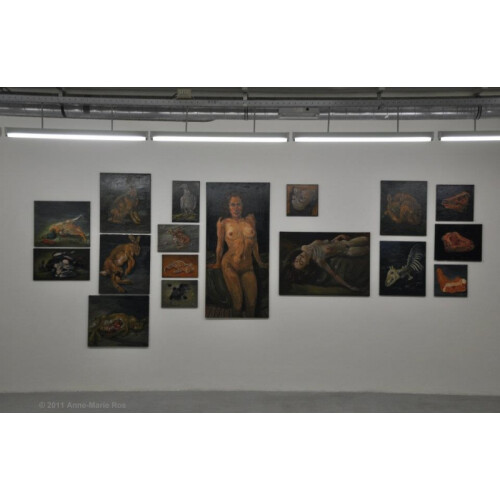 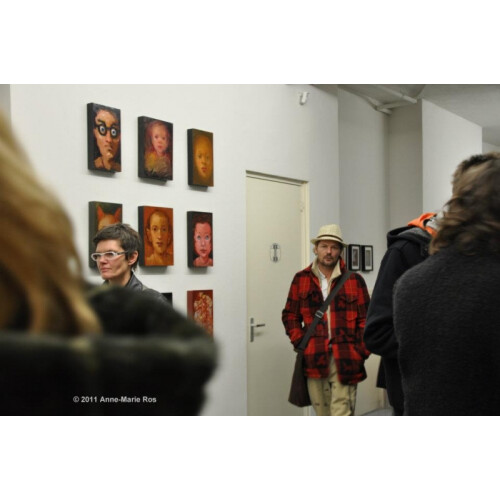 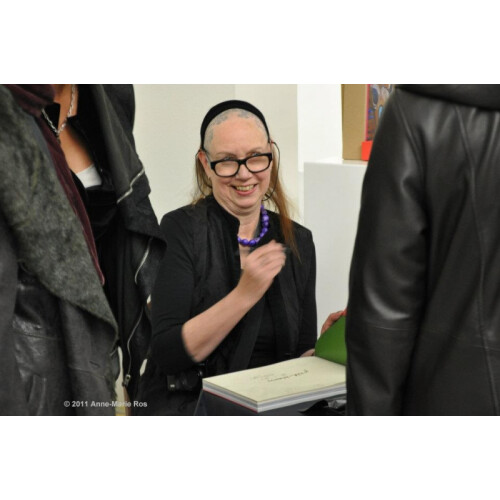 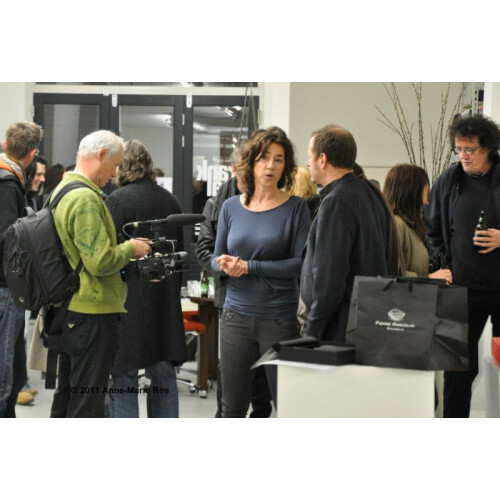 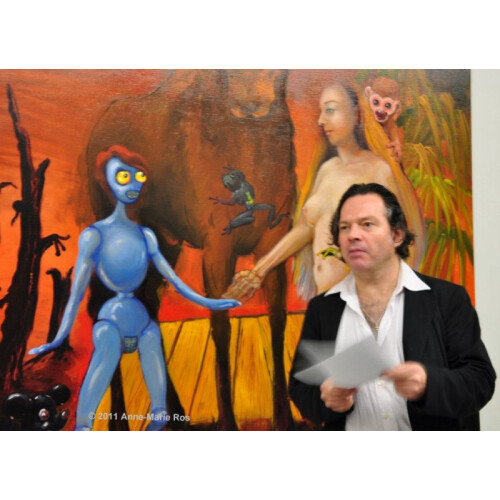 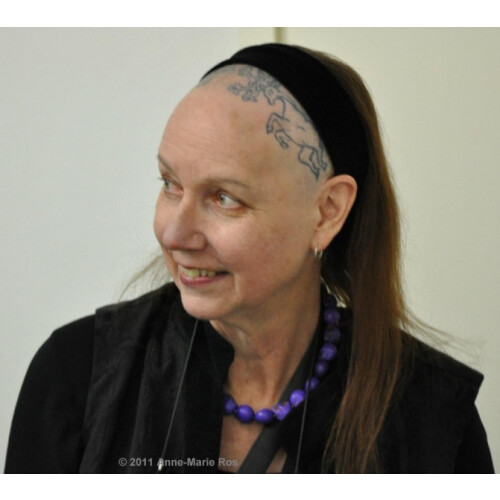 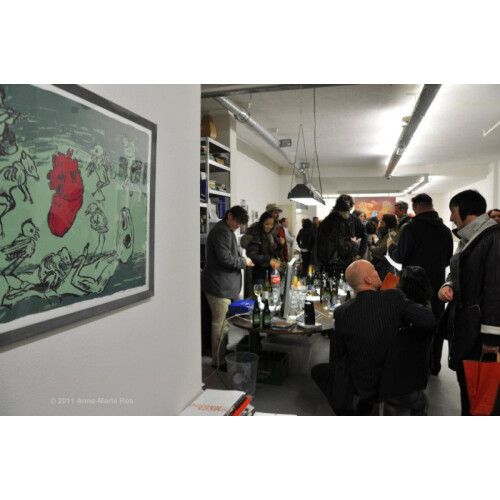 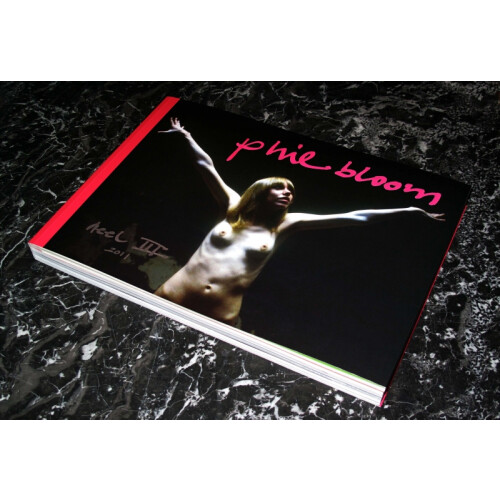 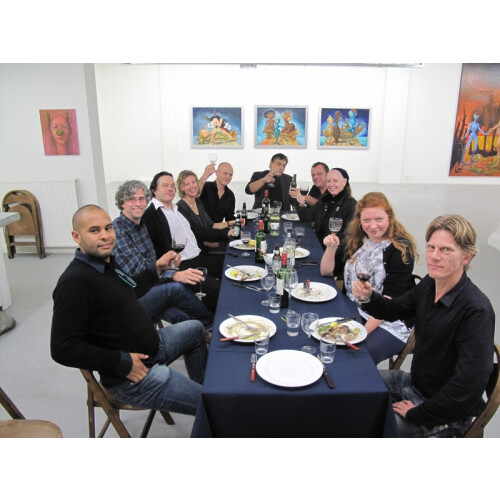 The World Of Deer And Robots - Phil Bloom - Book Presentation

The World of deer and robots

What is the development, that she has gone through, as an artist.
From controversial performer who offerd herself naked to the television audience, to the painter who seeks to fathom the most unexpected aspects of the human body through painting.
From innocent and youthful recklessness to contemtlation and paying attention to a memento mori.
Ofcourse we know painters who created unforgettable images of corpses and carcasses. Rembrandt and Soutine, who painted the carcasses of cows, Bacon who showed the human flesh as a different matter, both dead and alive. But while these painters eventually always wanted, and got, their audiences, Bloom keeps on painting pictures that will never rouse such overwhelming attention.
Her work is not that of a painter that fights her heroic battle in the studio and subsequently sees them rewarded with a spectacular show in galleries and museums.
Over the years she has examined man and the human body in various domains, drawing a circle of shapes and atmospheres. Man in a religious atmosphere. But also as an animal, man in surrouding of war and pain, as a victum of ignorance and idicy, the human body in decay and decomposition.
The development now is to see as a new beginning of the circle and she found herself in a new atmosphere of an awakening life.

1999, the year of the deer that began, and will go forward untill now.

Part of text from Paul Groot