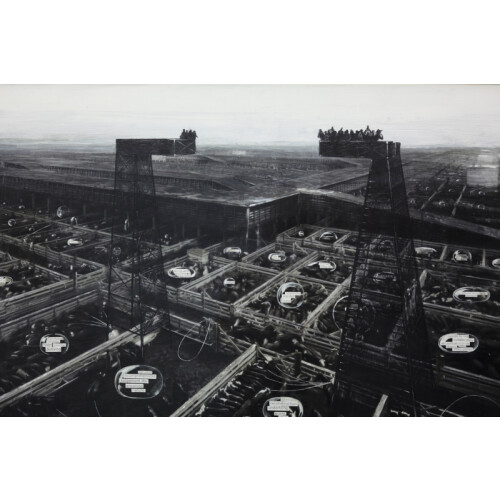 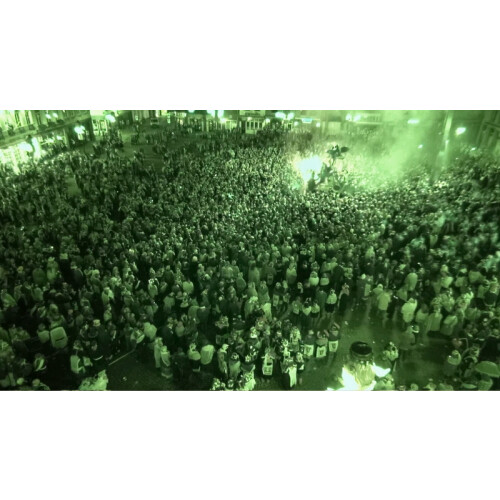 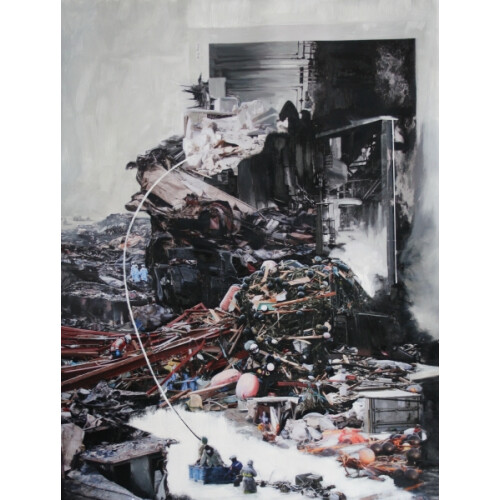 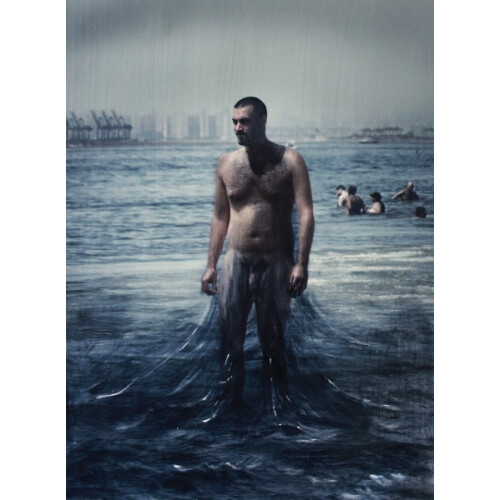 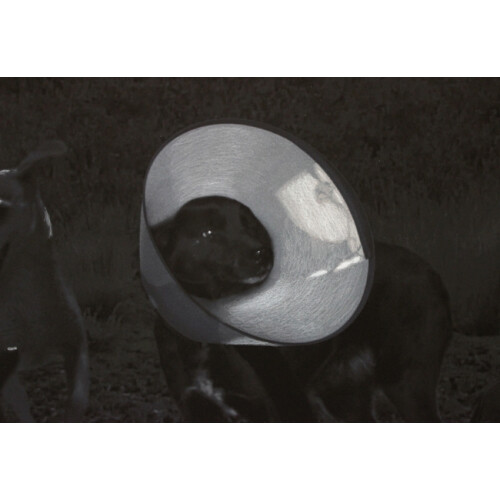 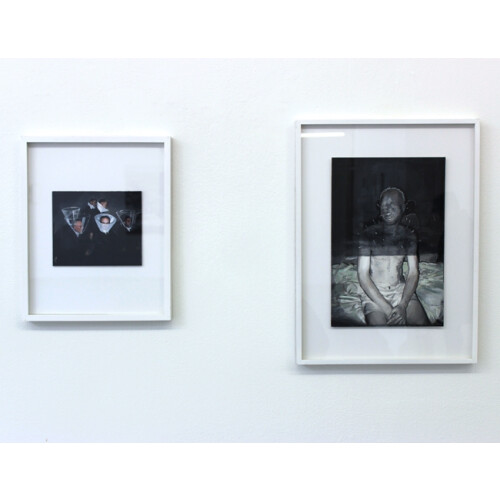 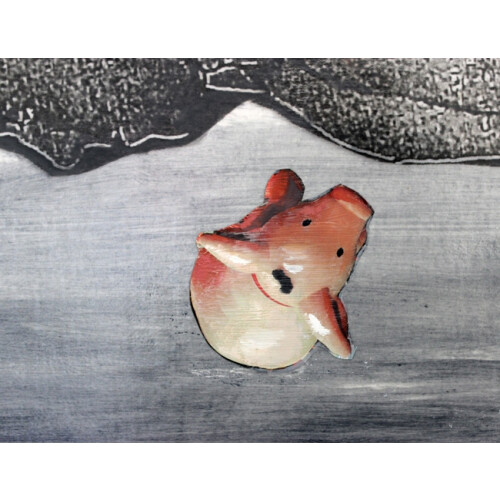 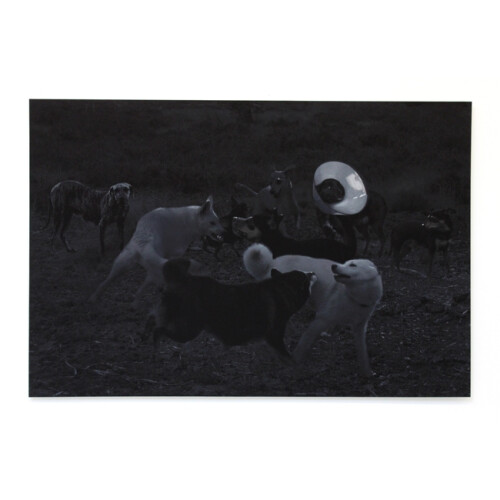 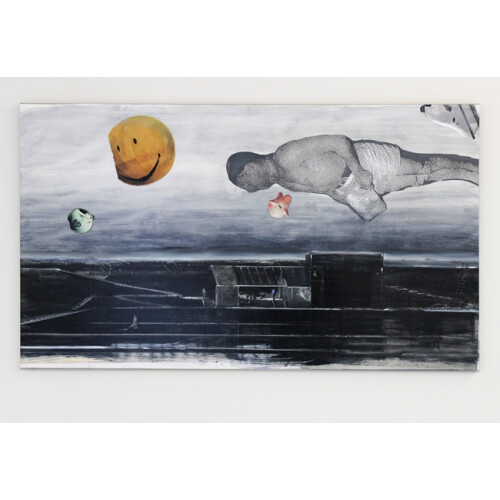 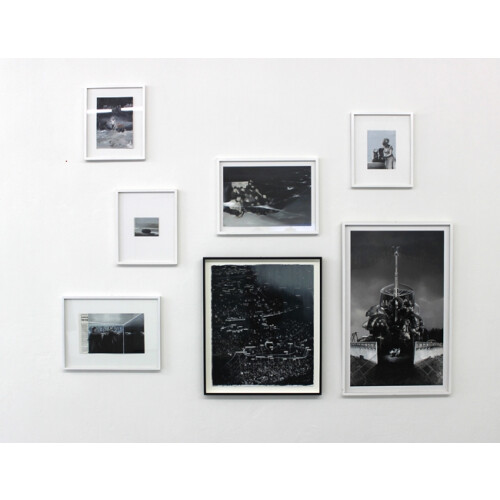 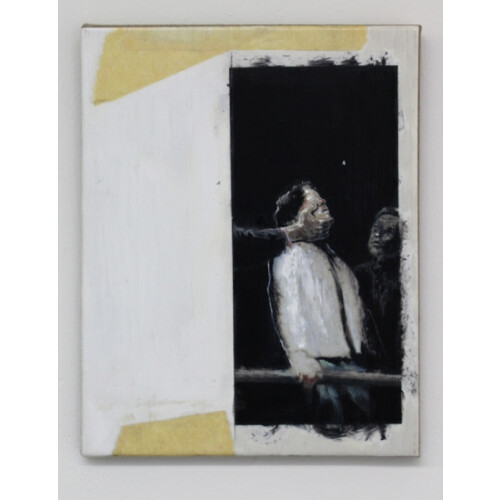 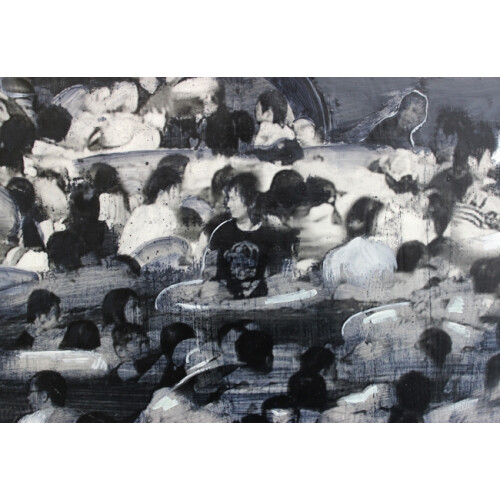 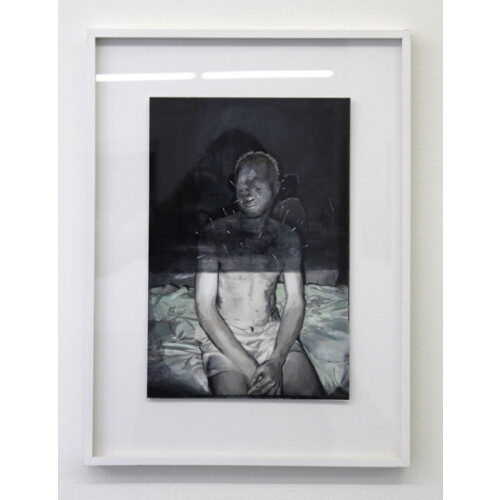 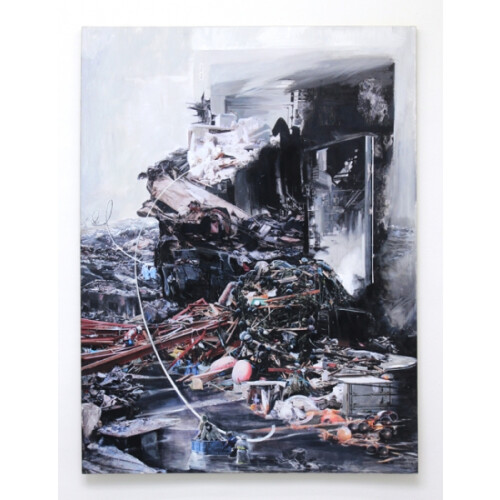 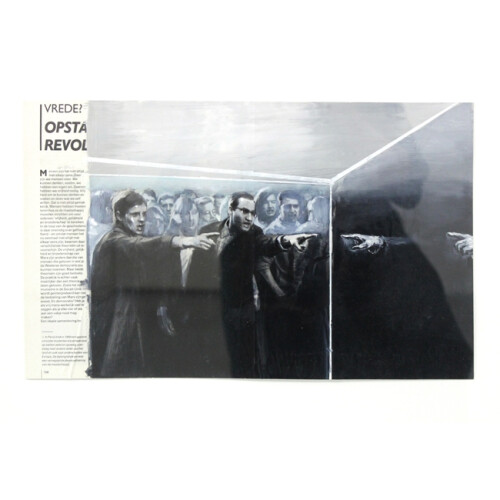 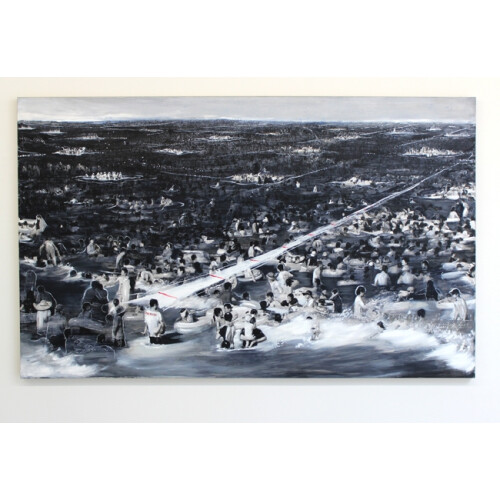 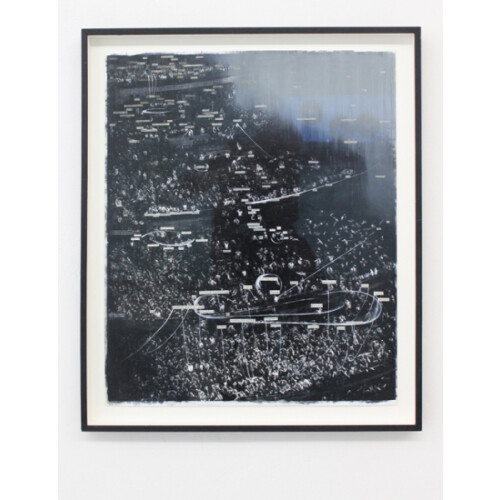 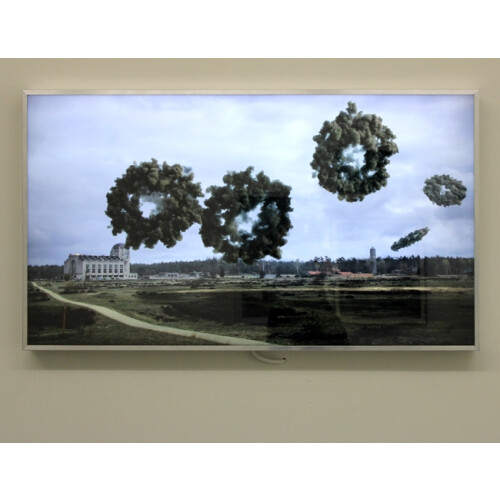 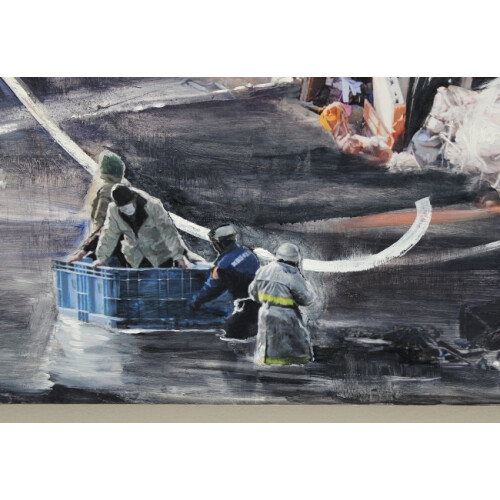 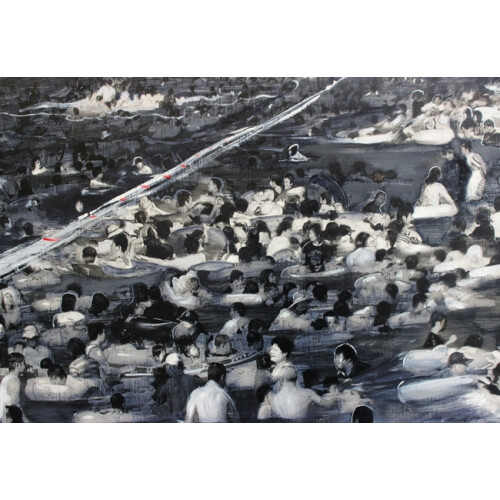 The rain does not fall but goes to it's place

[…Marilou van Lierop’s fascination for the masses inadvertently recalls the majestic,
remarkable study by the winner of the Nobel Prize in Literature, Elias Canetti, called *Mass and Power* (1960). According to Canetti, the mass is created when one of the most fundamental human qualities, namely, the fear of coming into contact with something unknown, turns into its opposite. In a dense crowd, in which body is pressed against body, he can let go of that fear and aversion. In such a mass, fear switches to relief. "Once having submitted to the mass, man does not fear its touch”, writes Canetti. "Ideally, all are equal.” There is not a single difference, even between the sexes." The mass is one body…]

[…I need space and depth”, says Marilou van Lierop. She paints over the photos, usually
in part. In this way, the past always remains tangible: it vibrates underneath the layer of
paint, it filters through into a face. At the same time, the artist appropriates the images.
She tilts the photos, blows them up until you see the grids, and re-scans them, copying
the same scene two or three times, demolishing one context and constructing another, or she creates collages before starting to paint. She applies her own stories onto an existing original. "We are full of stories”, she says. "And I just create opportunities."
Marilou van Lierop paints an elusive, alienating, slightly surreal world. Recognisable and at once unfathomable. While painting, she explores social and existential phenomena. She paints the chaos and the helpless ways of man to come to grips it. Our eye moves back and forth over the crowd scenes and finds no rest. Van Lierop does not lead our gaze. She does not coerce. There is no centre, no focus, only quiet chaos. In some works she applies white lines as hyphens between people or between an isolated individual and a crowd. In so doing she brings order. "But that is man’s projection”, she says. "We want order. And then we think that that order is reality. We create things that transcend us -- mass, science, religion -- and are then fearful of them.”

Nothing is what it seems. Welcome to the bizarre world of Marilou van Lierop…]

Excerpts from the review Mass and Impotence by Eric Rinckhout