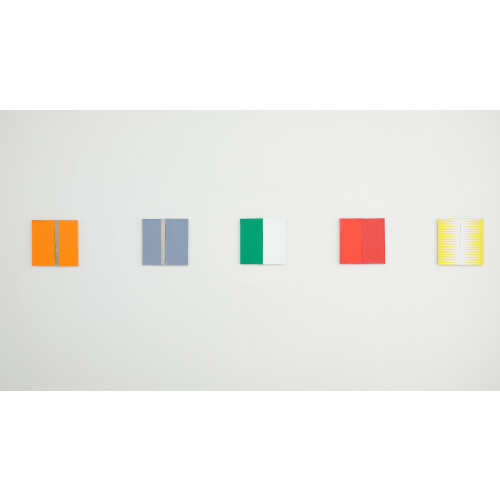 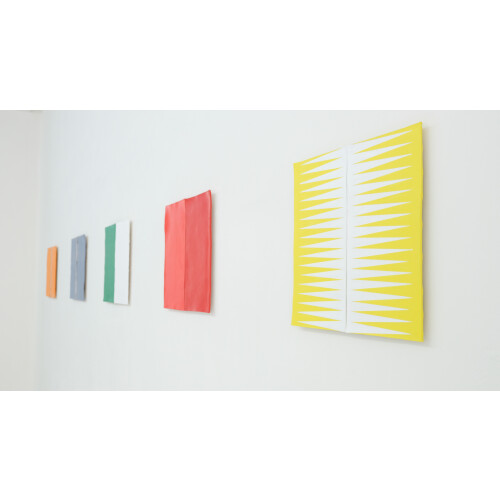 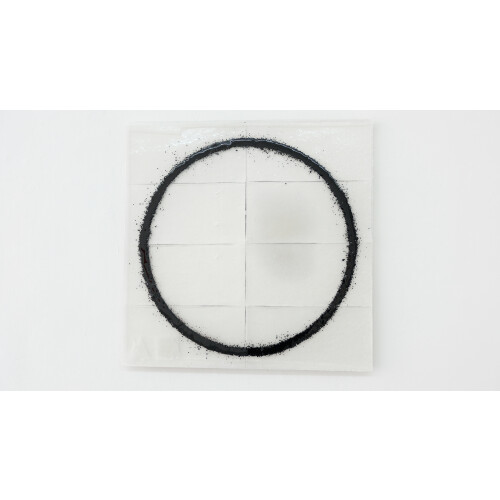 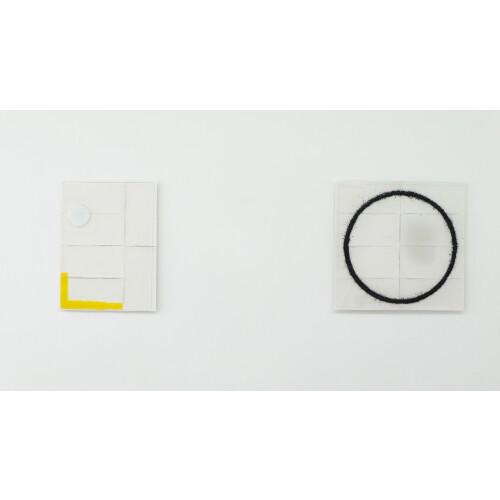 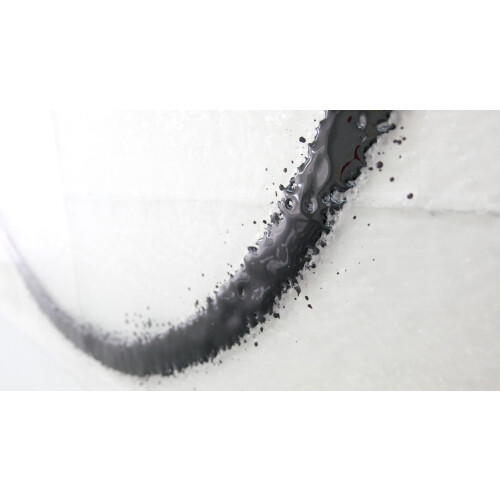 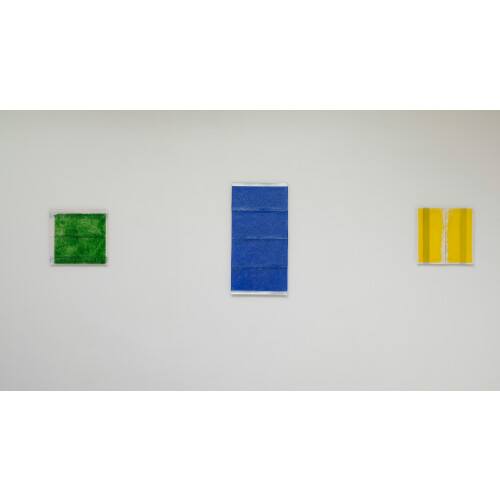 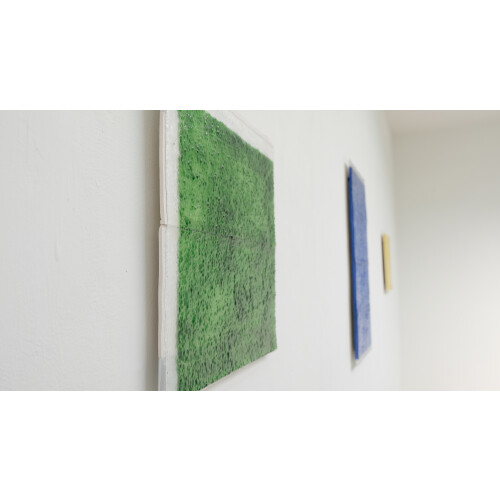 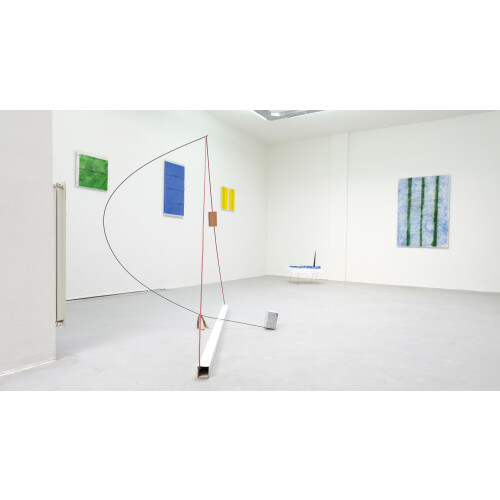 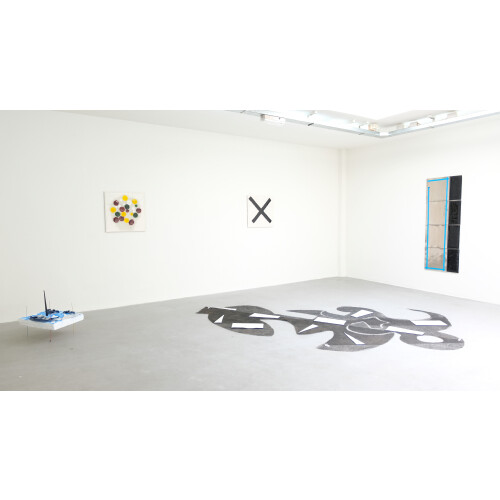 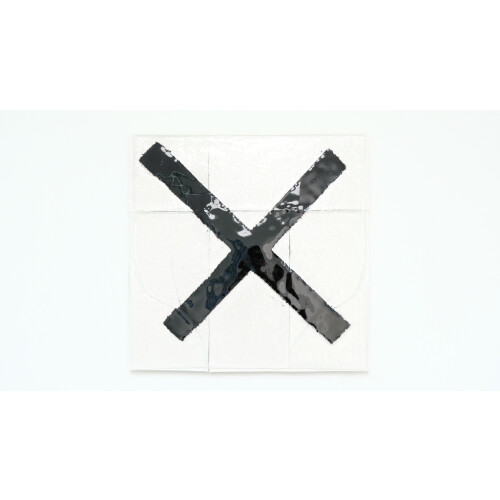 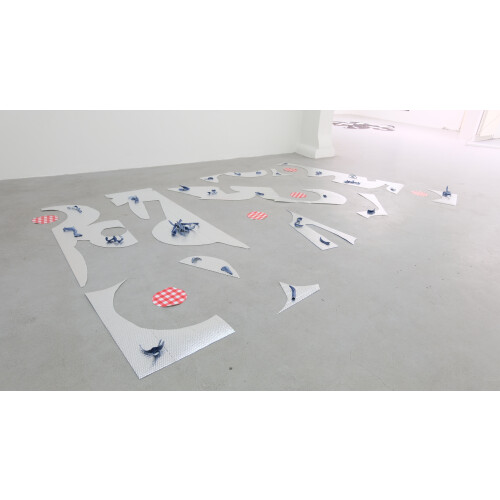 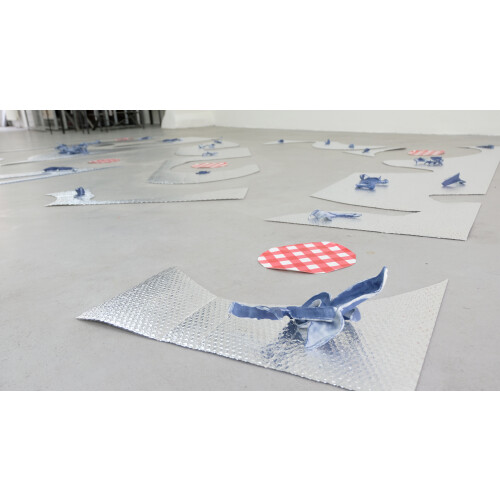 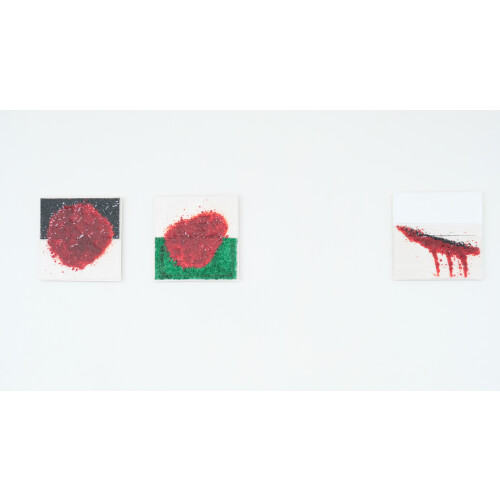 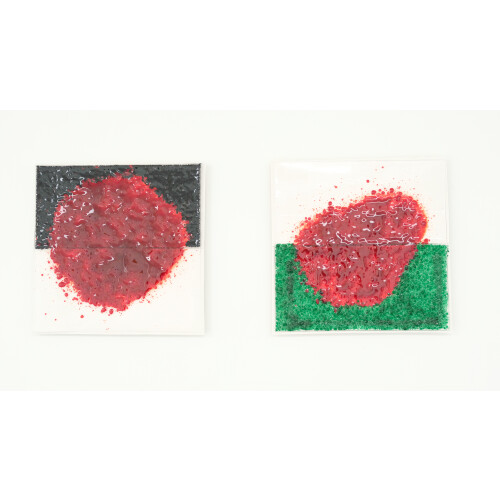 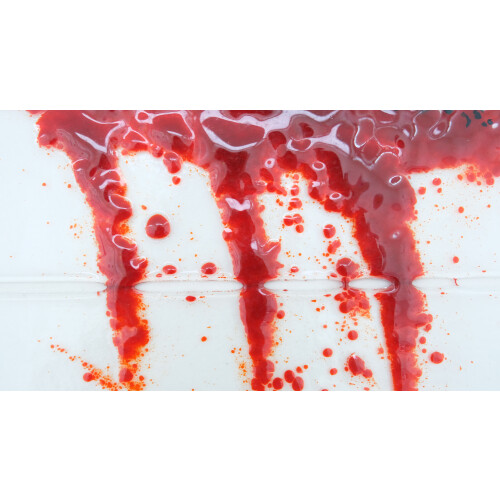 
Jan ten Have and Devon Sullivan found each other through chance at the prestigious European Ceramic Work Centre (Sundaymorning@ekwc) in Oisterwijk. Sundaymorning@ekwc is an international workplace where artists, designers and architects explore the technical and artistic possibilities of ceramics. The exhibition is a first result of Jan’s and Devon’s summer residency. Showing material based combination’s, Jan ten Have creates paintings through glass and porcelain, while Chicago based artist Devon Sullivan creates spatial paintings through the use of textile, found objects, ceramics, Polystyrene foam and atomized paint. This collaboration is also the starting point of a new artist movement: N, a decentralized movement of individuals.

In his art practice Jan ten Have (NL) pushes toward a new approach to the tension between form and matter. His new ‘paintings’, materialized amalgamations of porcelain and glass, are a sort of minimalist play at the edge of modernity. Ten Have thinks beyond the boundaries of the traditional use of matter. He brings out what is exterior to it. He sets a doctrine of materialism, in which matter always wins out over form. And it is in matter that form collapses, releasing an experience of the real as the secret of matter. New use of matter and the use of new stark forms pursue each other in the passion for the outside. That outside which is not relative to us, and which is entirely elsewhere.

Devon Sullivan (US) is an investment analyst and conceptual artist. He brings his systematic way of thinking into his work, using algorithms and deconstruction methods to respond in an instinctive way to what he finds in his environment. He creates open-ended, process-based narratives through associations and connections, open to the viewer to create their own scenario’s.
Sullivan is one of the first participants to come to Sundaymorning@ekwc to end up almost not working with ceramics, but with every other material available at the centre, and community.

Ten Have and Sullivan see an amalgamation in their art practices and now founded N, a new art collective who will have their debut at Frank Taal Gallery in Rotterdam.