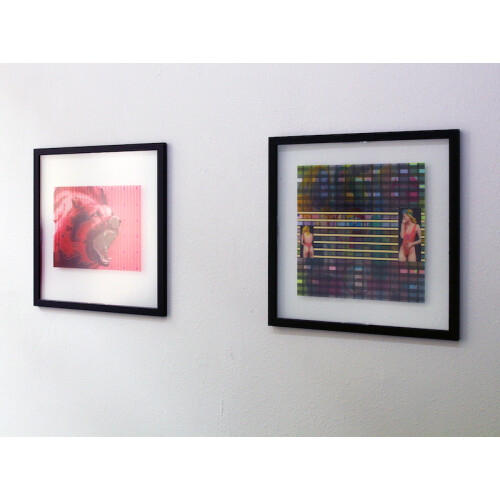 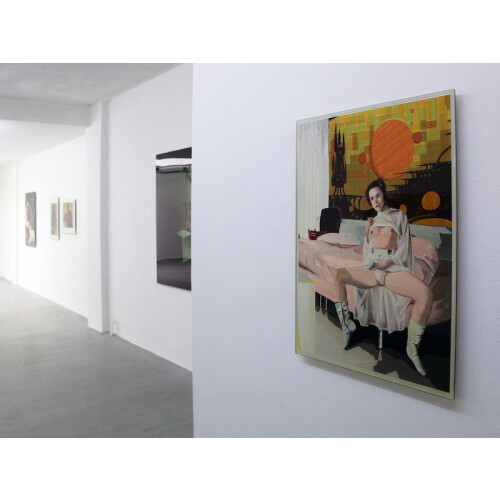 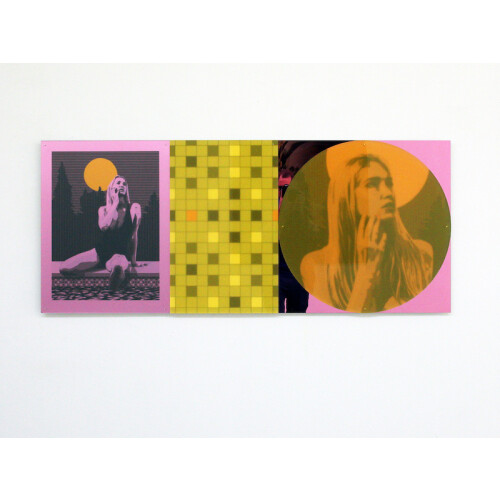 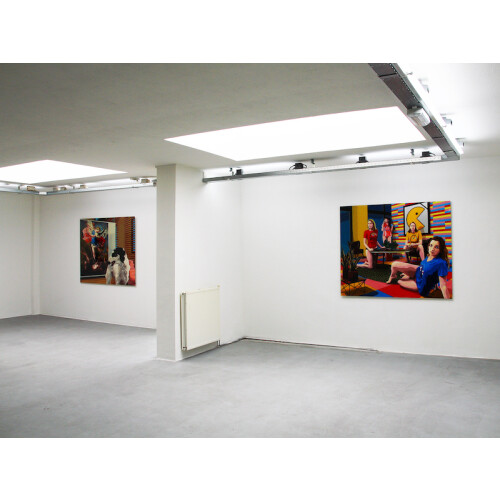 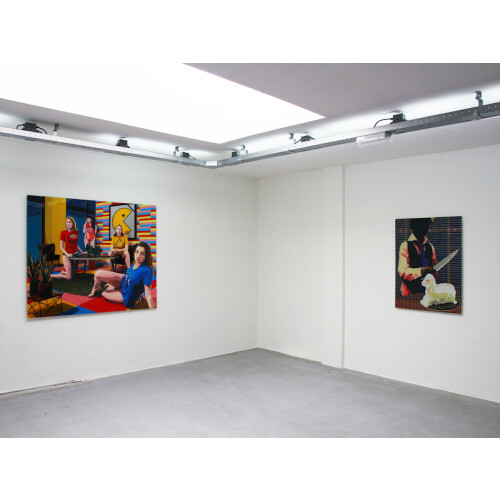 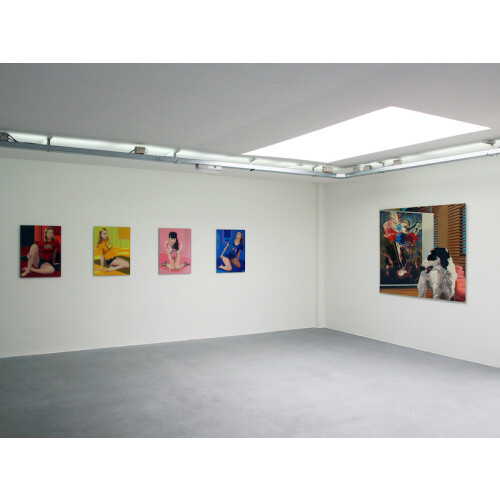 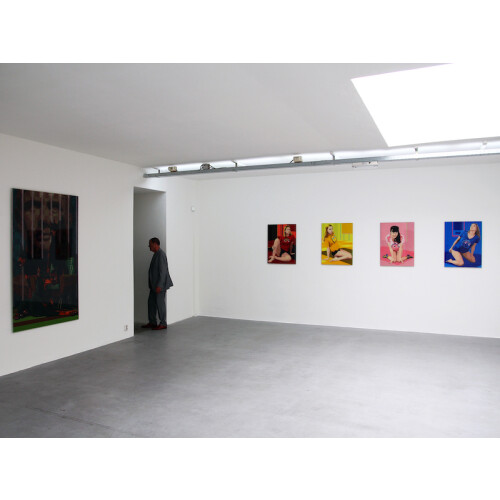 Edo Dijksterhuis will do us the honour of opening the exhibition. Sir Dijksterhuis is art critic, (freelance) journalist and passionate missionary of the comtemporary arts.

Living on a steady diet of online updates, network news shows, weeklies and dailies, you could easily think we live in apocalyptic times. The world is on fire and chaos reigns. Fact of the matter is that most of us live pretty pedestrian lives. We pay the mortgage, raise our 1.3 children, get drunk occasionally and get back to work. When in a rut we go paintballing or skydiving. If these thrill seeking activities don’t satisfy our need for adrenalin or quench our anxiety, we would never become more than hooligans or weekend warriors, part-time revolutionaries at best. Our urge to act out is tolerated, even accommodated to a certain extent, but eventually curbed by civil society and the rule of law. We are always gently, yet inexorably nudged back into our roles of happy consumers.

In his new series of works, Tom Woestenborghs depicts this tension between social control and our subdued need to revolt. Like the Michel Houellebecq of the fine arts he dissects contemporary life as he encounters it in the form of magazine pictures, internet memes, videos and random photography. An observer rather than an activist he exposes the power structures underlying our highly regulated society. Unlike Houellebecq he’s not cynical, incorporating subtle nods – his own form of rebellion.

The first work in the new series, Co-optation, goes to the core of Woestenborghs’ analysis. It shows a famous scene from Sergei Eisenstein’s classic 1925 film Battleship Potemkin, which depicts the navy mutiny that - in retrospect - was viewed as the first step towards the Russian Revolution. In Woestenborghs’ work, the image has become wallpaper and has to compete with modern, mass-produced designer furniture. The revolution has literally been domesticized.

This fetishizing flirt with destabilising violence can also take on a more personal form. Denise Tyack and Patrick Haemers conducted a series of lethal robberies across Belgium during the 1980s. These were extensively covered by the media that depicted them as a contemporary Bonnie and Clyde, romanticised idols for the unemployed, depressed readership.

But the dynamics of representation can easily work the other way around. Marcus Junius Brutus is easily the least understood historical figure in that respect. He killed Caesar in order to protect the Roman Empire from the latter’s dictatorial ambitions, but instead of being hailed as democracy’s saviour, he is generally branded a traitor. Woestenborghs depicts him behind bars, accompanied by a pack of Dobermans, a breed qualified as both faithful watchdogs and vicious killers.

Woestenborghs composes his pictures with painterly intention. But his collage technique, typically involving seven or eight layers of plastic, allows him greater focus than paint. The contrast between the picture’s clarity and the ambiguity it embodies is greatly increased.

Woestenborghs does not shy away from current events either. The series Little Sunny Acts of Violence takes on the recent #MeToo movement. By naming and shaming it is turning the tables on sexual predators, men in powerful positions whose transgressions have been swept under the rug for decades and may even be silently applauded as ‘primal male behaviour’. Instead of joining the choir of politically correct critics, Woestenborghs openly wonders whether women aren’t capable of exactly the same crimes, if given the chance. He compares the power balance to the classic video game Pacman. Roles can switch and the hunter becomes the hunted. It’s all in the game.

Tom Woestenborghs (1978) lives and works in Merkplas, Belgium. He received his Masters Degree Painter at the St. Lucas in Antwerpen. He is  a Laureate / postgraduate of the HISK.