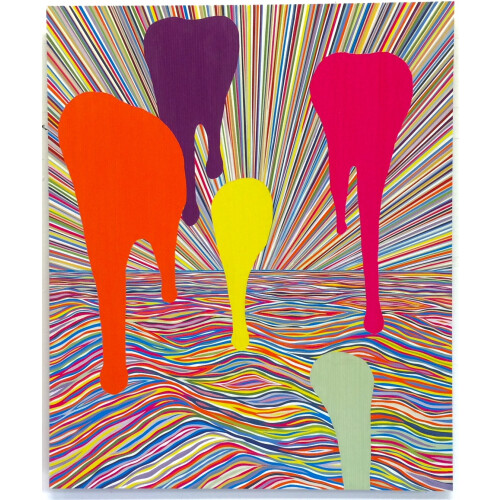 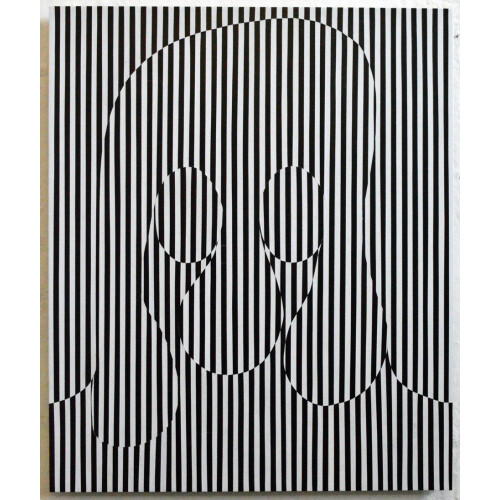 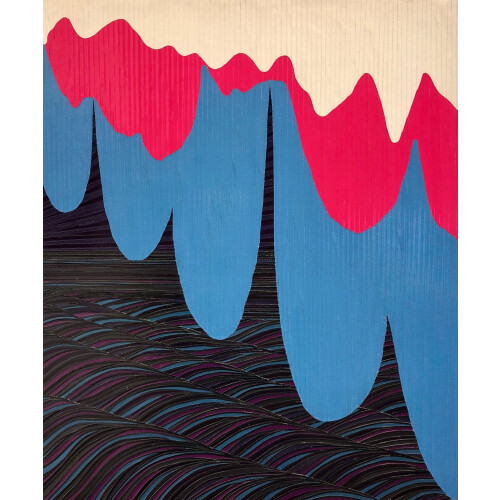 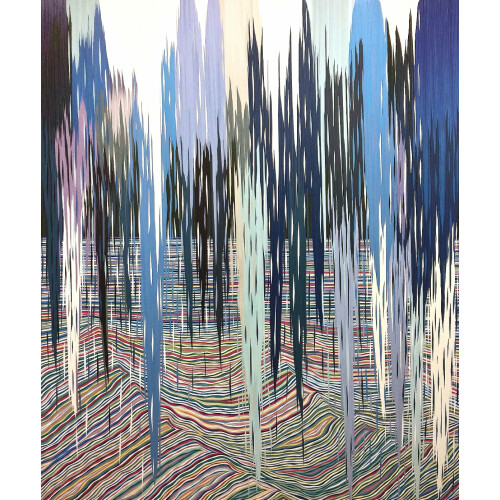 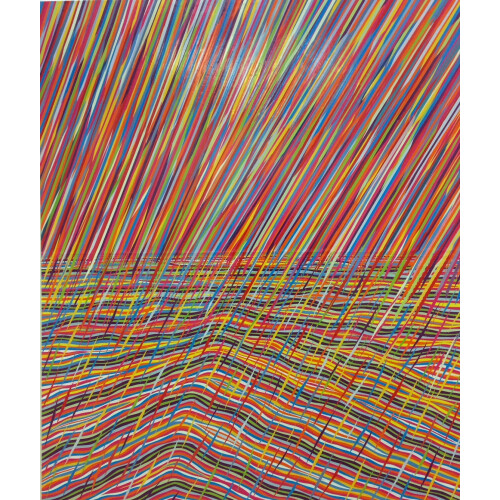 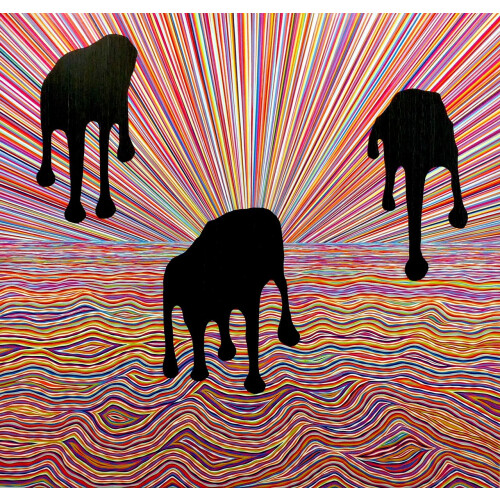 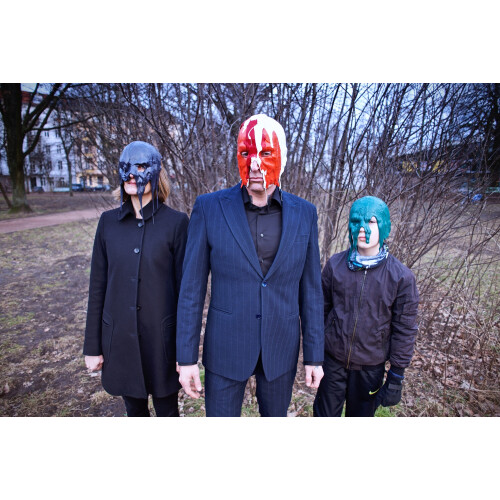 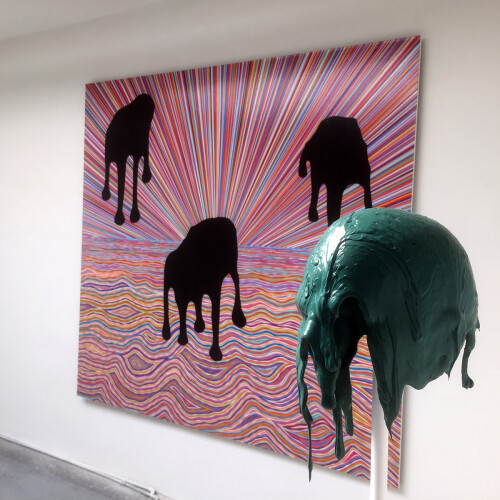 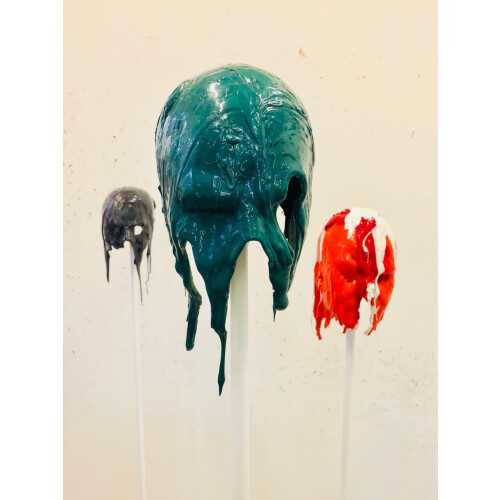 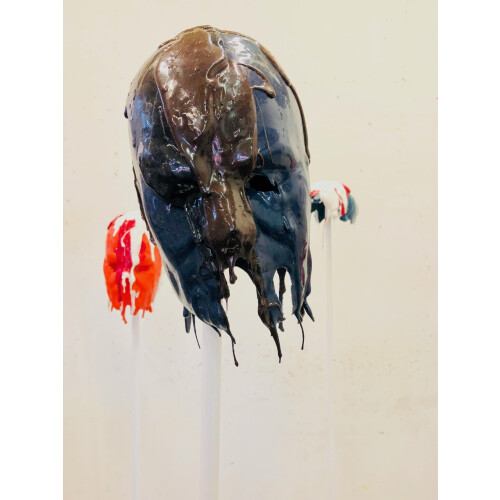 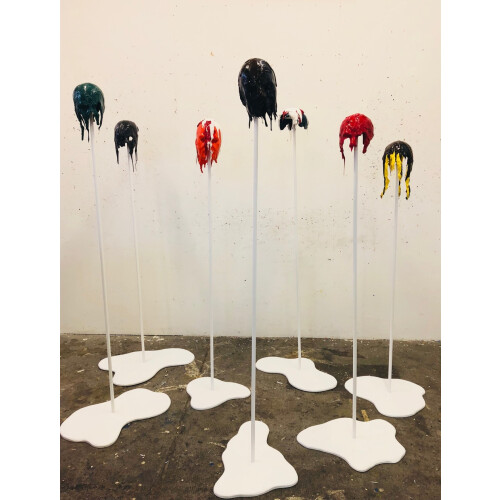 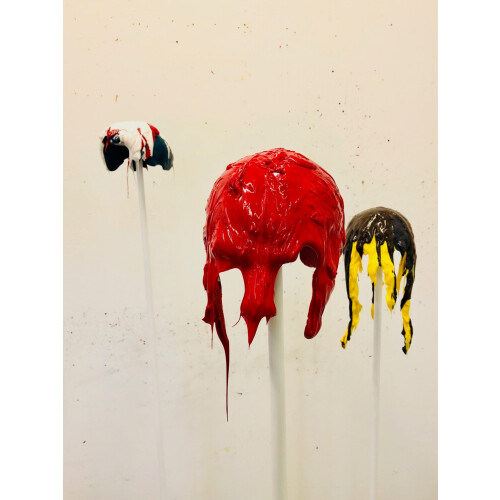 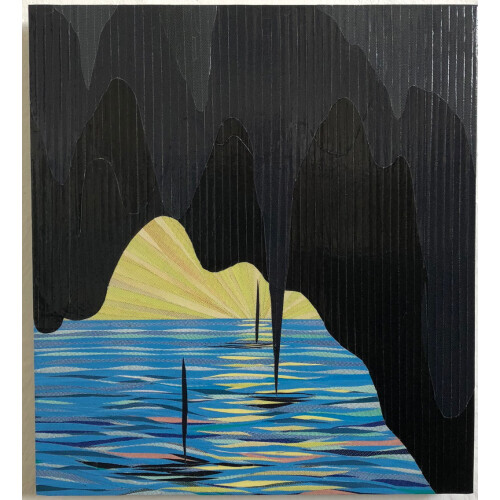 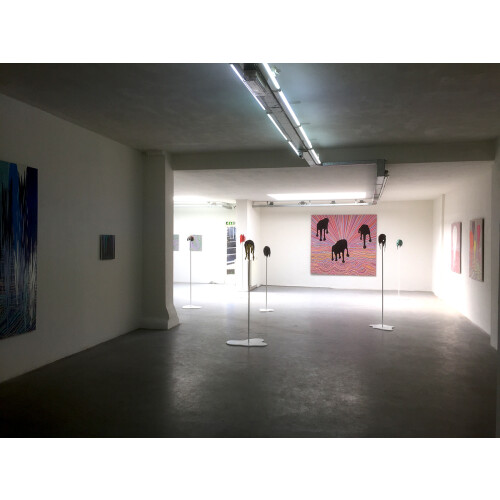 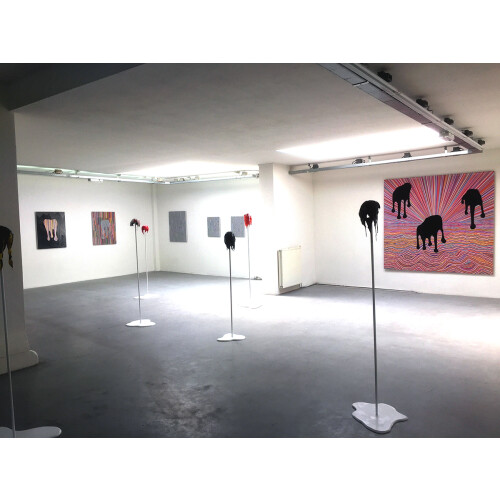 Colours take over, beware!
The first will be the blast.
Red attacks, yellow conquers, black strikes back, white bites.

Pictures like stills of the beginning of a world, attacked by art in it´s very first Aahhh. Pictures like stills of the end of the world, assaulted by the power of paint. Pictures as pictures of painting, a claim, a quote, a reflection of thoughts fought by thoughts. Waves, heavy rain, melting, dripping, liquid energy, flickering, stripe by stripe, hiding the image and its design.

The use of mostly advertisement posters, visual waste of the consumer society, separated in its basic ingredients colour, letters and figure: as shredded stripes the colours find way into quotes of brushstrokes. Glued side by side, partly overlapping, sometimes bent, the results are paintings not painted. The former content has turned into poetic sceneries of urgent matter, radically attacking one’s eyes. The material´s origin as printed matter stays visible as a reminiscence of false pretences now art will fulfil.

Don’t be afraid of red!

Peckl has been employing this method of collage technique for several years. Previous work was based on palindromes of words realised with coloured stamps on wood. The new works featuring within the show seem to be generated in a state of ecstasy, while the artist’s expression follows closely the style of his models. Peckl used to select atlases of stars and topography for his pictures of landscapes and atmospheric ray- sites. He took possession of mono - graphic books of the contemporary and the historical as well as of scientific books of the human anatomy or of fauna. Now he takes hold of advertisement and event posters. In the face of its mass medial disposability, the artist cuts and shredders all disrespectfully into the finest strips.