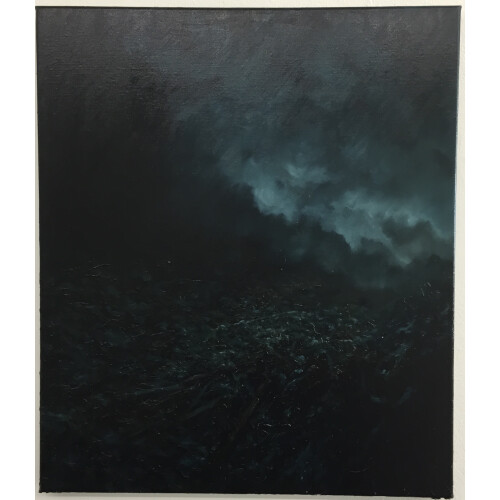 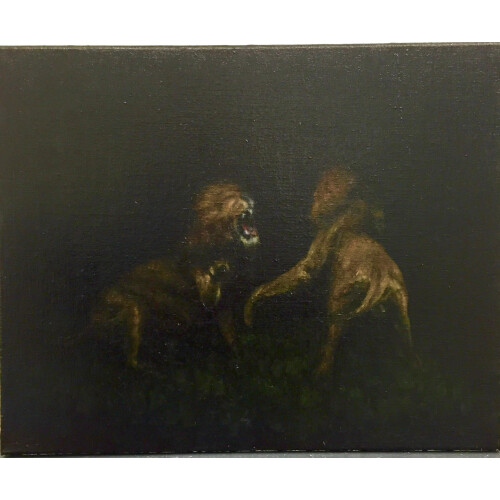 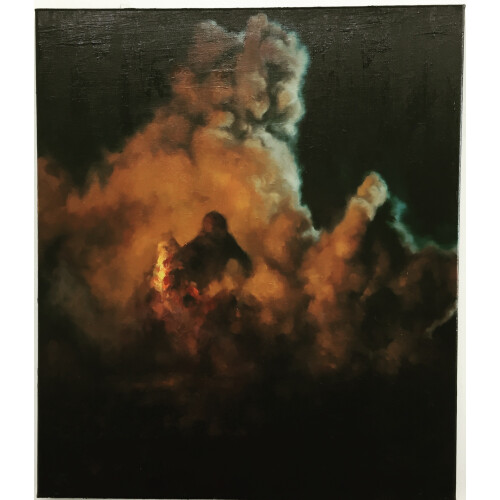 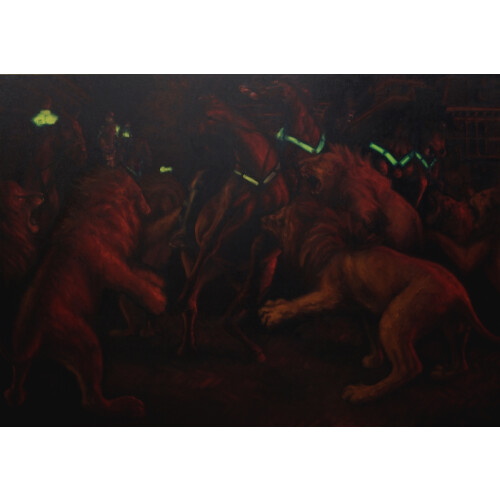 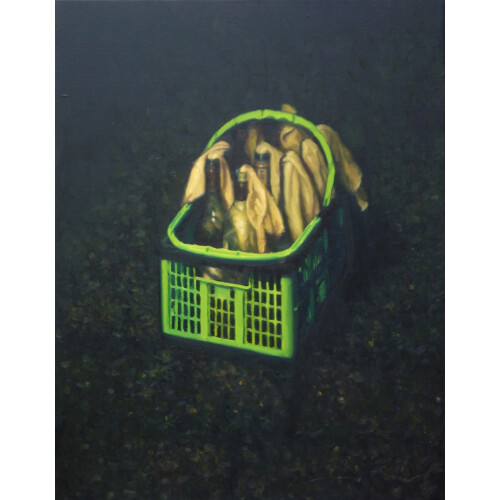 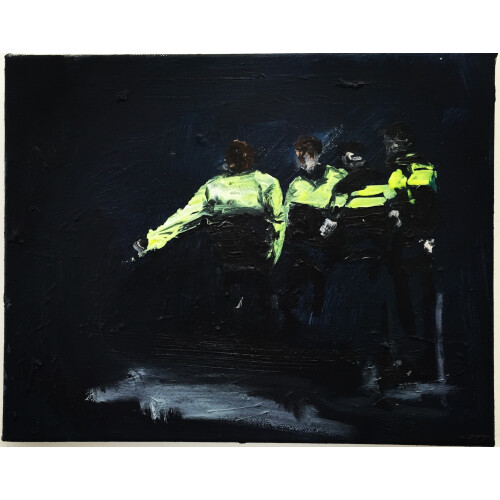 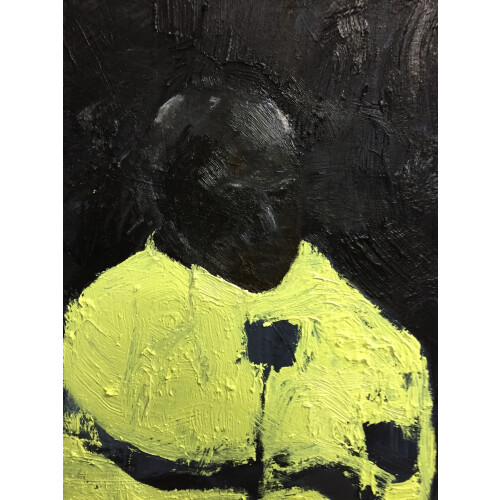 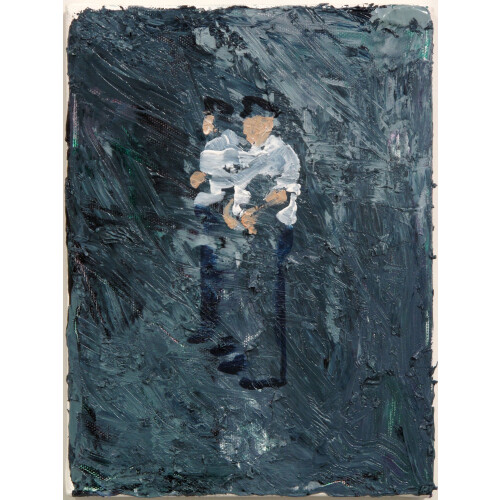 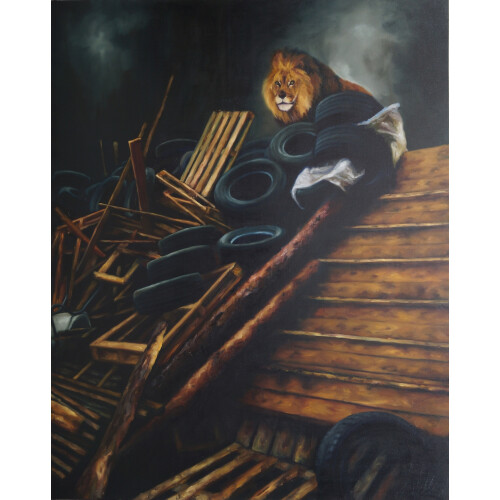 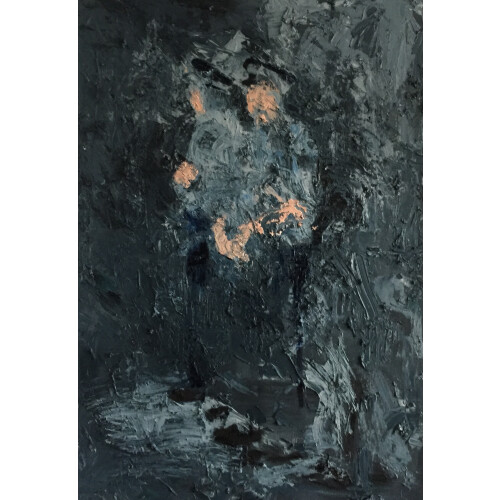 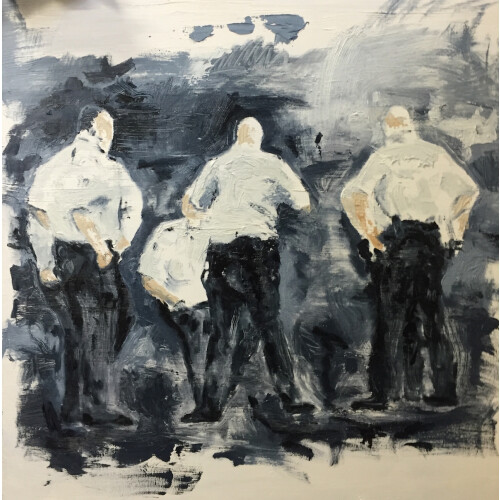 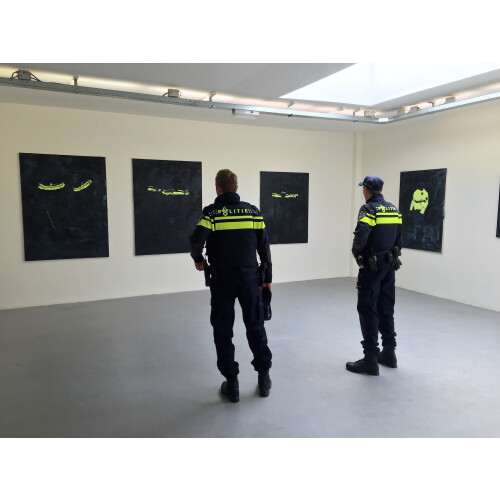 The exhibition “Je Maintiendrai” at Frank Taal Gallery shows new works on canvas by Pascal Bastiaenen and Daan den Houter, two artists who, both in their own manner, depict their social criticism. They play with symbols of potency and impotence, ‘rules’ and caricature, and with the feeling of discomfort in today’s society utilised by politicians. A recent series of work by Bastianen is titled “Je Maintiendrai”: a direct reference to the front of the Dutch passport and the motto that can be found on government buildings such as police stations, military bases and palaces of justice.

Pascal Bastiaenen (Den Bosch, 1981) is a painter through and through who has an incredible technique that is reminiscent of the old Dutch Masters. His work is characterised by a strong sense of social criticism, painted with a realistic touch. His themes refer to the economic crisis and governmental policies.

A recent series of work by Bastianen is titled “Je Maintiendrai” (I Will Maintain): a direct reference to the front of the Dutch passport. However, the subjects of his paintings strongly oppose this motto. Where the lion is a well-known symbol for the Dutch nation, it is now a visual interpretation of those who rebel against it; standing atop a barricade fighting the police, or one another.

The work “Ik eerst” ( depicts the suspected corrupt VVD politician Jos van Rey in a disfigured manner, with multiple sets of eyes. Here, Bastianen expresses his concerns regarding democracy how he experiences it in its current form; a system that is controlled by powerful corporations and one that does not stand for the wellbeing of the people.

The series “Maatschappelijke ongehoorzaamheid” (Civil disobedience) shows molotovcocktails made out of wine bottles, carried in a shopping cart of plastic bag. A depiction of the middle class on the verge of rebellion.

The dark use of colour, combined with the dramatic imagery, renders a world driven by selfishness and greed, lapsed into chaos and darkness.

Daan den Houter (Delft, 1977) is a multidisciplinary conceptual artist. The visual language he uses to externalise his ideas varies from video, installation and sculpture to activities where he allows the public to become part of the artwork. Money, identity, art, its granted value and generally accepted perceptions of these themes is what Den Houter’s work evolves around.

Den Houter observes society as a participant, then takes a step aside, analyses it and touches a raw nerve by doing so.

For the exhibition “Je Maintaindrai” he exclusively focused on the medium of painting. His series ‘Politie’ (Police) examines the distinction between abstract and realistic art, and how the viewer mentally ‘completes’ the image by filling in the blank spaces. The thick brushwork allows for the policemen to be made recognizable in the dark night by their fluorescent yellow uniforms. Daan explains: “Every Dutchman recognises this image of ‘the cop’ and immediately links associations like ‘Oh shit, is the light on my bicycle working?’ The policemen resemble loitering youths, together in groups, hanging around, looking around being very present.”

He plays with the transfer from paint to image: patches of paint remain open to interpretation by the viewer, others blend into an image. Here too Den Houter demonstrates his flawless sense of aesthetics.