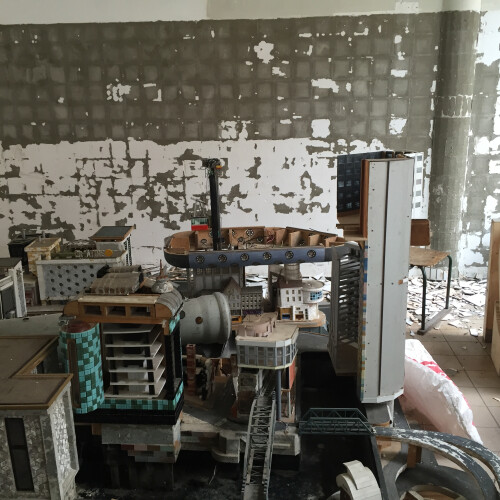 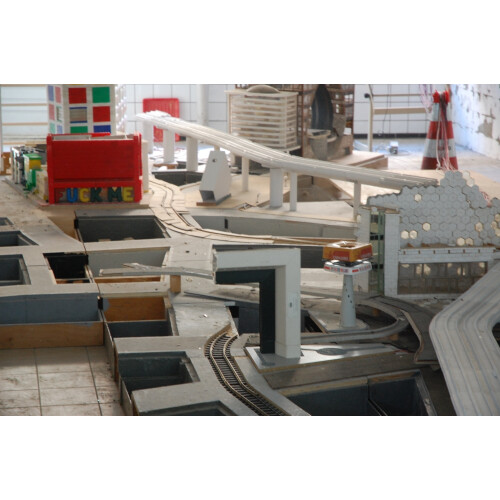 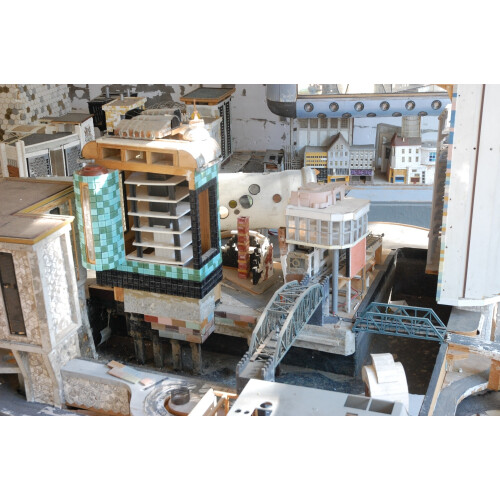 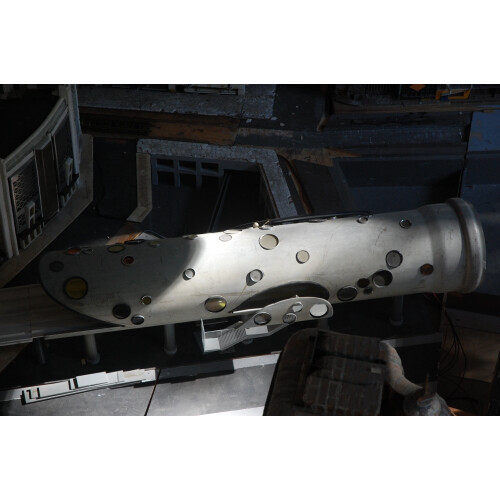 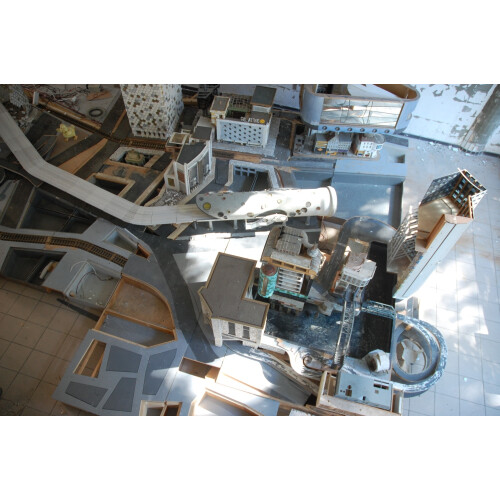 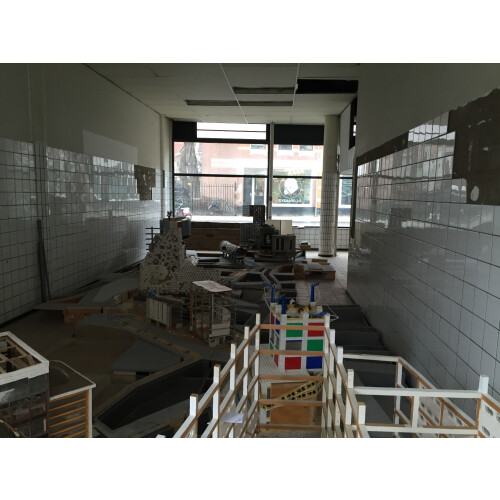 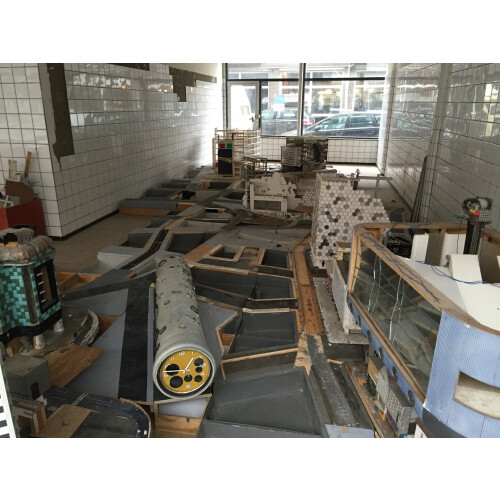 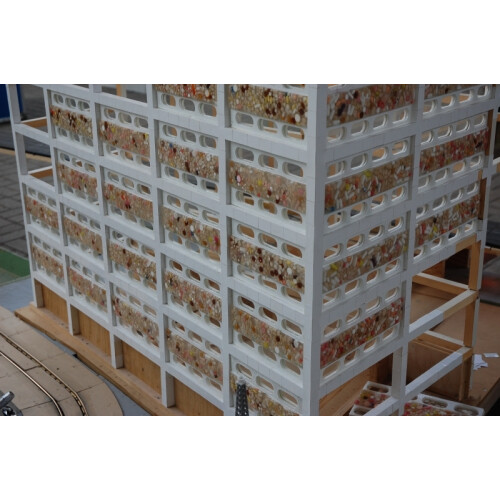 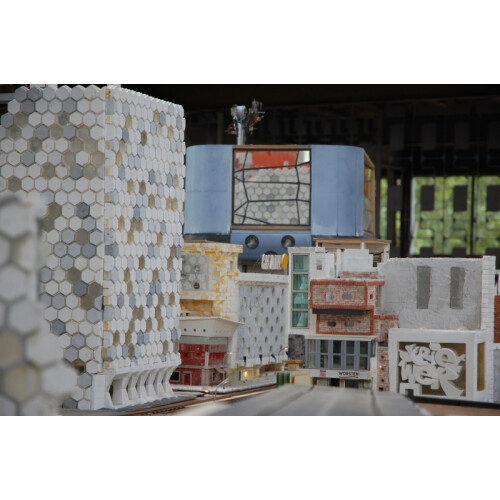 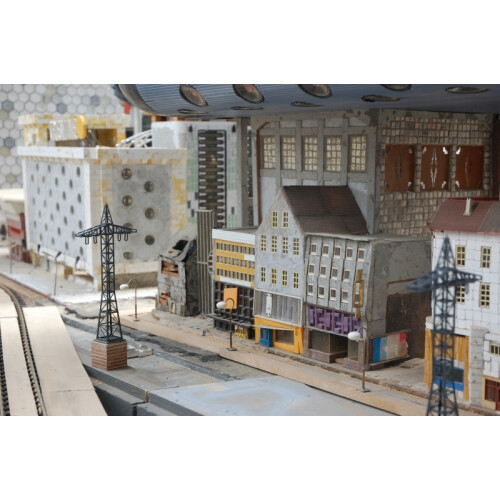 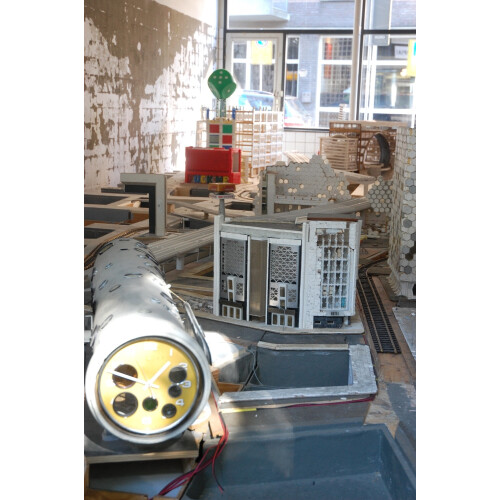 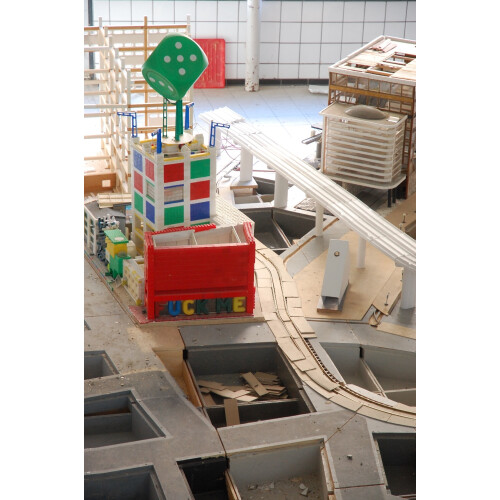 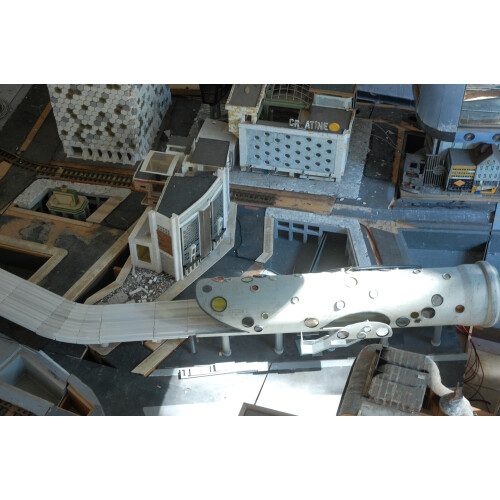 On the 16th of September Neurotopia will officially open for public, welcoming everyone to view its streets and buildings at a unique location, right at the heart of Rotterdam. Artist Erik Sep spend his summer installing Neurotopia in full, thus creating a new starting point for further development of his city.

At the invitation of the city’s curators Erik Sep and Frank Taal two graduates from the TU Delft designed a building that investigates the relation between the architectural design and the surrounding buildings of Neurotopia. Arwin Hidding en Ralph Cloot have been working with the guidance of the well known architect Kas Oosterhuis, who is director at ONL and a professor at Hyperbody TU Delft. Their city sculpture will be presented for the first time at the opening.

Witch his miniature city ‘Neurotopia’ artist Erik Sep depicts the malleability of life and society.
By his recreation of our visible world he opens many paths for the viewer to enter a parallel world. Within the city the world as we know it is still nearby. However, the buildings in Neurotopia allow for constructions not feasible in the real world and constructions that follow their own sense of scale and proportion.

As in a real city Neurotopia experiences a constant proces of construction, demolition, relocation and redevelopment. As a characteristic of this proces one sees an inventive use of a broad scale of different materials. Erik Sep continually searches for new building blocks and applications, but above all for new views and ideas that he shares with the viewer. Throughout this proces new questions and dilemmas arise that challenge and spur him to continue the project.

For eleven years the city has been developing and thus grew its own and specific identity. Time left its traces on the city and became determining for the cities identity. Every building holds its own history. Sometimes these histories interact or culminate, when for example one previously made building is being recycled into a new construction. Sometimes the proces of the city is marked by fast changes, at other times it is slow going. The outcome is never known beforehand.

By making the choice to give himself to such a time-consuming proces Sep temporarily breaks away from the volatile world in which we live. This composes his keen interest in architecture: architecture illustrates over long periods of time that nothing is truly set in stone in an ever changing world. Architecture exposes the needs of man, yet at the same time it creates these needs.

Within Neurotopia Sep presents us with alternatives for the way we shaped the world. The alterability of Neurotopia becomes clear with the option for people to acquire a single building from the city. When a building is acquired, its parcel is taken out of the floorpan of the city. The building changes into an independent city sculpture and is provided with a custom made plinth to support it. Additionally a silkscreen print is issued which is numbered and contains the certificate of authenticity in the form of a city map of Neurotopia.

In this way the freed up parcel opens new opportunities for Neurotopia’s development.

The parcel that was taken up by TU Delft graduates Arwin Hidding en Ralph Cloot is a project that is part of the Hyperbody Research group. At Hyperbody they work with interactive architecture that relates to all parts of the building itself, its surroundings and its users.

As such buildings are not seen as separate from their surrounding, but as interacting with its specific location. As such the building gets certain relations with its surroundings. The master students explored several kinds of these relations. In their research they translated the relations into computer simulations. By layering the computer simulations certain patters emerged that became guiding in the design proces.

The patterns were used in an architectural design that is now being made into a city sculpture with a CNC routing machine. With the placing of their city sculpture Arwin Hidding en Ralph Cloot will both become Neurotopians.

This project brings into question the way in which a building relates to its surroundings and as such stimulates Erik Sep to ask new questions about the structure of Neurotopia.