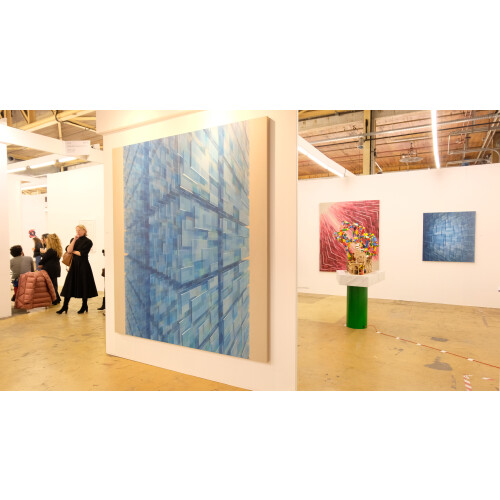 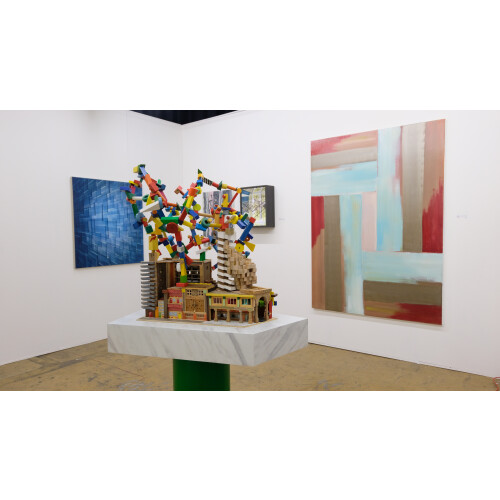 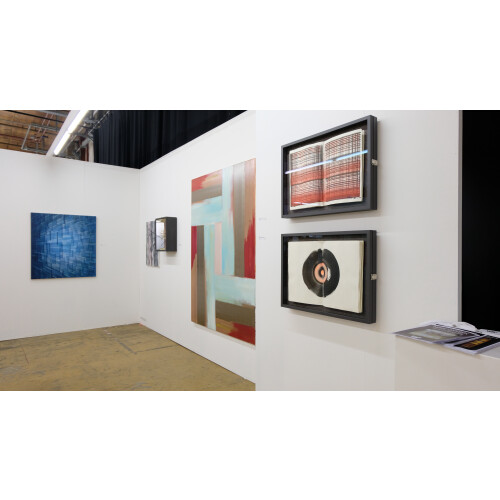 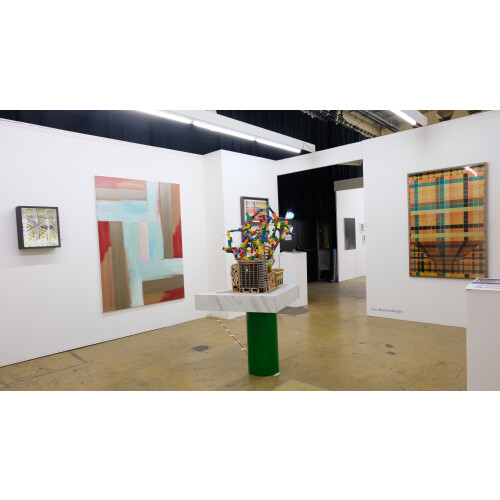 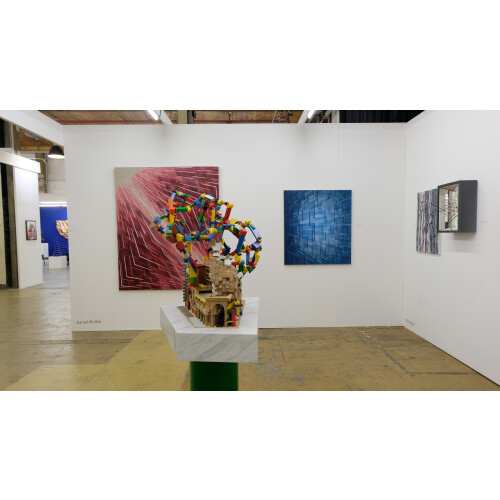 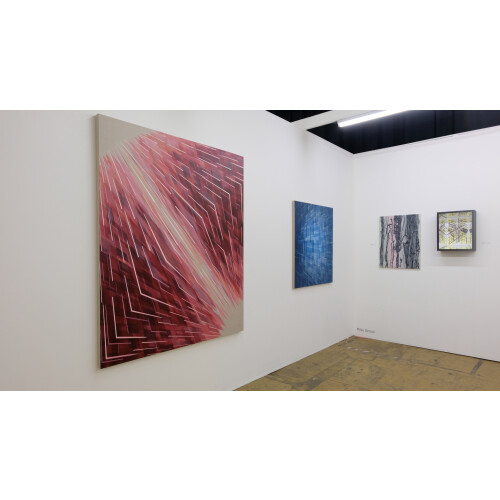 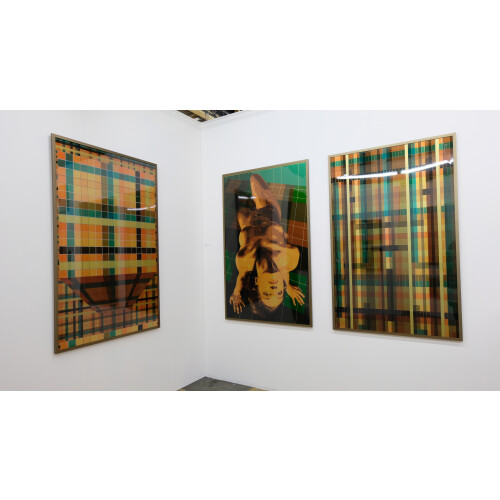 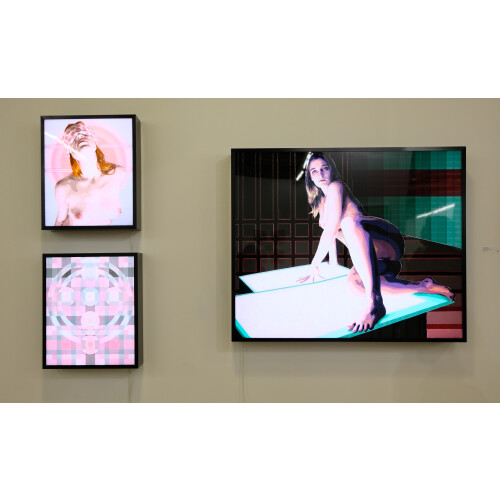 Amsterdam based abstract architectural painter, Daniel Mullen, was born in Glasgow, Scotland 1985. He graduated in 2011 with a BFA from the Gerrit Rietveld Academy. Mullen has exhibited internationally; London, Vancouver, New York, Sao Paulo and recently had his first museum show in Berlin. His work has also been acquired by notable private and corporate collections. He was recently shortlisted for the Aesthetica art Prize.

By applying glazed layers in combination with hard-edge painted lines, Mullen creates layered images that figuratively communicate abstract concepts. When creating illusionistic forms he can, to some degree, illustrate an abstract idea or phenomenon, turning abstraction on its head. As a devoted craftsman who meticulously creates all of his work without digital or mechanical aids, he still manages to create the impression of reproducibility, which is precisely what he seeks to highlight in an era of mass consumption.

Artist Erik Sep has worked on his city installation for over a decade. With its current contours, the layout of Neurotopia (.nl)

is set as it has been presented in ever-changing contours at many exhibition venues. The surface consists of infrastructure

and 'building lots'. These lots give space for his buildings. These are all separate sculptures with their own finished pedestals.

When a sculpture sells a lot becomes vacant for a new sculpture/building. As in vibrant cities like Berlin and Rotterdam in

Through his miniature city, 'Neurotopia' Erik Sep depicts the way we give shape to and engineer our existence. By recreating

our visible world, he opens a door to a parallel universe. In Neuropia the world as we know it seems to be right around the

corner. Yet, in Neurotopia constructions and relationships are possible, which in reality are impracticable and would not fit

Erik Sep has been officially announced by the municipality as City Artist of Dordrecht 2019 - 2020.

In his art Mike Ottink researches our perception and experiences in a playful way. Intuitively he works towards a visual language

in which the translation from one sensory discipline to another is central. His current paintings developed from his graphical

drawings of musical scores. The paintings are autonomous artworks, relating to his ‘ephemeral’ installations and performances

of sound and moving imagery. They are an alternative to sound pictures or video recordings that in Ottink's opinion corrupt the

His work resonates with the ideas of David Bohm about ‘Quantum coherence’: “we live within a holistic medium in which everything

coexists. The so-called ‘Implicate order’”. In strive to push the limits of our perception Ottink makes his own drawing and painting

tools. In cooperation with Brian McKenna he’s creating an own set of instruments to make audiovisual performances and installations (VHSUHF). He searches for a way to make ecstasy experienceable so as to express the invisible and inaudible.

The work of Woestenborghs seems photographic, but it is a collage technique, made up of many layers of adhesive plastic, up to

twelve layers. Trained as a painter, Woestenborghs switched to adhesive plastic because this material has a brighter effect than paint.

He shows his collages as 'paintings' but also as lightboxes.

The title of the series that Woestenborghs is currently working on is: "Artistic midlife crisis of a storyteller: Nudes, abstracts, and some flowers." Within this series, which runs parallel to his 40th anniversary, the artist deliberately turns away from the narrative manner of

working he is known for. In this series, he focuses on mainly introspective material research based on these 3 classical themes.