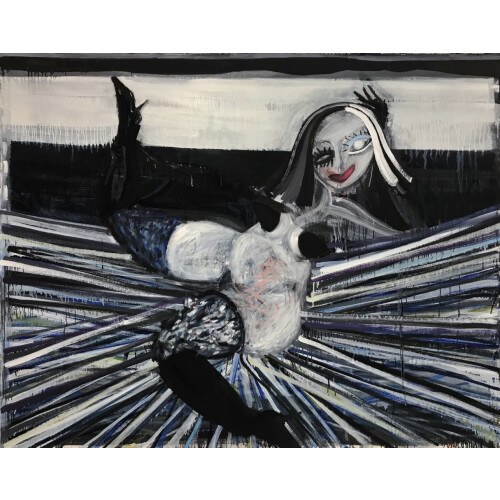 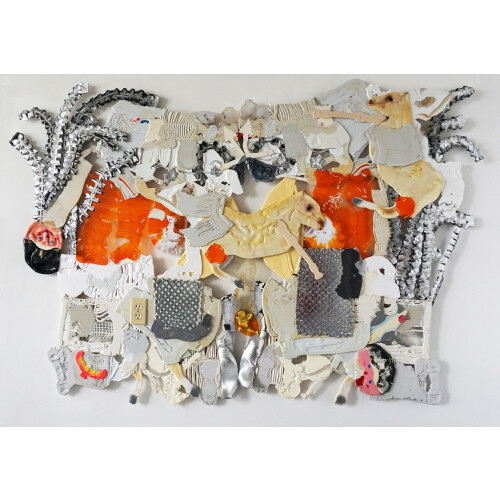 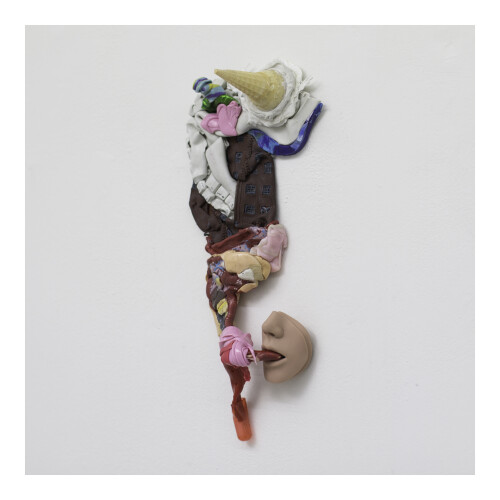 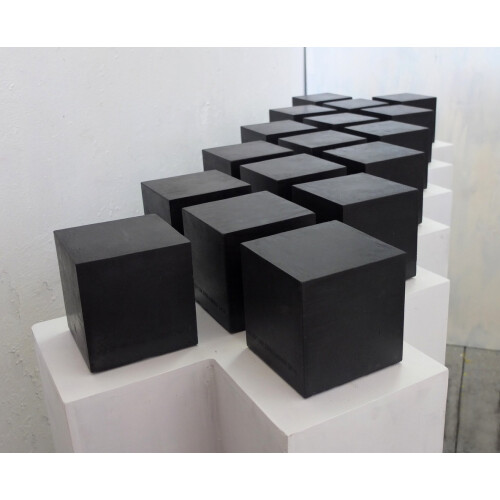 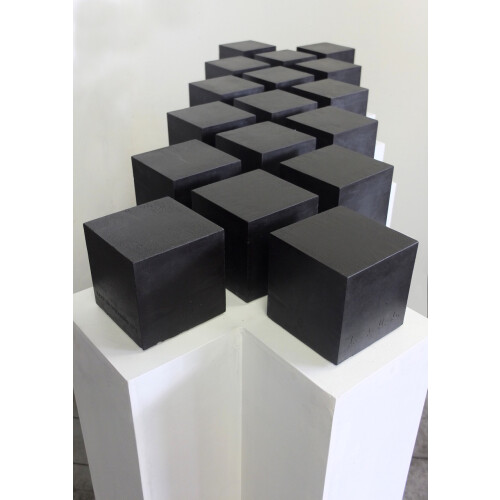 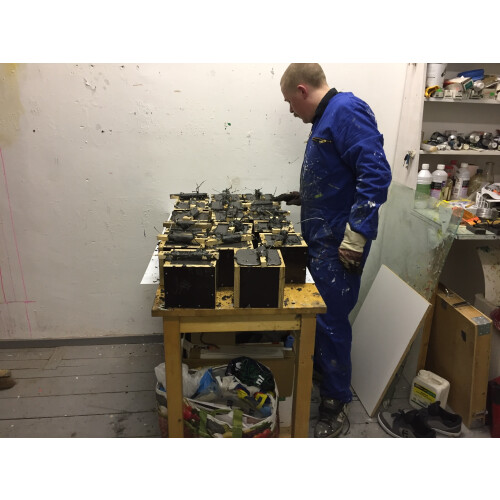 A series of 17 black concrete cubes with dimensions of 13 cm x 13 cm x 13 cm. Each cube includes an engraved signature of the artist, the title and the unique cube number from 1-17. In one of the 17 cubes, there’s a copper tube containing € 10.000,-. All 16 other cubes hold a copper tube containing fake money with no notable value. For € 1.700,- one can purchase one of these cubes, and become co-owner of the whole work ‘Keep On Dreaming 2018’. Protected by the copyright of the artist, and the collective purchase of a dream, one can’t destroy the cube without risking legal prosecution by the artist or one of the other owners.

This artwork is about the dream that you have € 10.000, - within reach, trapped in concrete, touchable and yet unattainable. This dream is shared and kept alive by all owners together. What is more valuable than an illusion! “Keep on dreaming!”

Making of Keep On Dreaming 2018

The last decade Daan den Houter has invariably managed to put his growing group of admirers on the wrong track. He has an unerring sense of aesthetics, which ensures the first draft of attention and keeps it there. But primarily Den Houter is a conceptual artist. The layers of his art functions like a slight slope - while the spectator at first finds himself staggering, subsequently he regains his balance.
To activate the viewers thinking about important topics like money, identity and values, Den Houter processes humour and sometimes cynicism in his images. The multidisciplinarity of his work shows how much the actual appearance is subordinate to the concept. Not the perfect picture, but the conceptual elaboration is always the starting point of his work.
His work controls and manipulates. Confusion and disturbance is what is left. And maybe eventually a new insight is adopted in the way we assume certain things to be true.